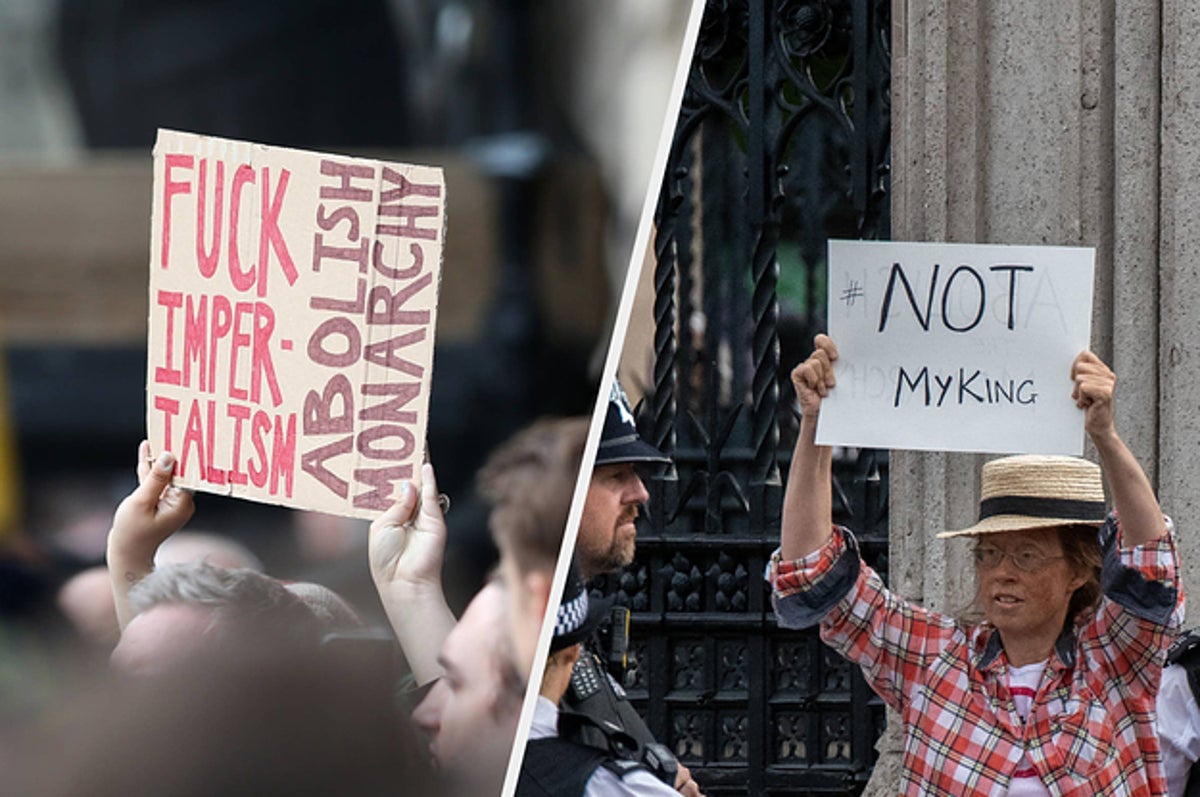 Following Queen Elizabeth II’s death, King Charles III’s accession sparked a wave of anti-royalists protests all over the country. These demonstrations speak out against the monarchy itself. In addition, they stand against the imperialism and colonialism associated with the monarchy’s history and its sovereigns. Some protesters spoke of the accession of King Charles as an “outrageous assault on democracy.”

On Sunday, 11 September in Scotland, a woman of 22 was arrested at St. Giles’ Cathedral in Edinburgh because she was holding a sign - now viral - reading “Abolish monarchy” and “F*** imperialism.” After that, she was formally charged and then released. Her case is currently pending at Edinburgh Sheriff Court. Further, on Monday, 12 September, a young man shouted “disgusting” at Prince Andrew during the royal procession leading to the cathedral. He was then forcibly removed from the parade barrier. As they became more aggressive, some of the protests ended up in arrests, like in the case of the girl from Edinburgh. Instances of other arrests occurred in London, Edinburgh, and Oxford.

Jack Straw, former home secretary, spoke about those cases and said the police made the “right decision” by arresting anti-monarchy protesters. However, he also thinks these protests should not be held before the Queen’s funeral to prevent public order problems.

By contrast, Scotland Yard defended the absolute right of people to protest against the monarchy. Indeed, the arrests during King’s ascension raised questions about the freedom of protest and the right to free speech on issues involving the royal family. In this regard, Ruth Smeeth, chief executive of Index on Censorship, said the arrests during the protests were “deeply concerning,” maintaining that: “The fundamental right to freedom of expression, including the right to protest, is something to be protected regardless of circumstance.”

One of the protesters, Mr. Hill, a part-time worker at the Peace Pledge Union (a secular pacifist organization), was arrested on suspicion of a public order offense after shouting, “Who elected him?”. The police later released him. About the episode, Mr. Hill said: “I’ll continue to say that Charles is not the King and that I don’t recognize him. Whether I’ll be involved in an organized protest, I don’t know”. He said: “I’m not actively organizing one, but that isn’t to say I wouldn’t join in if something were happening. I will probably protest at the coronation when it happens. It will be non-violent and directed at the institution rather than personal insults at individuals.”

This situation brings up the topic of the support of British people to the monarchy. Statista reports the answers to the hypothetical question: “Do you think Britain should continue to have a monarchy in the future, or should it be replaced with an elected head of state?” 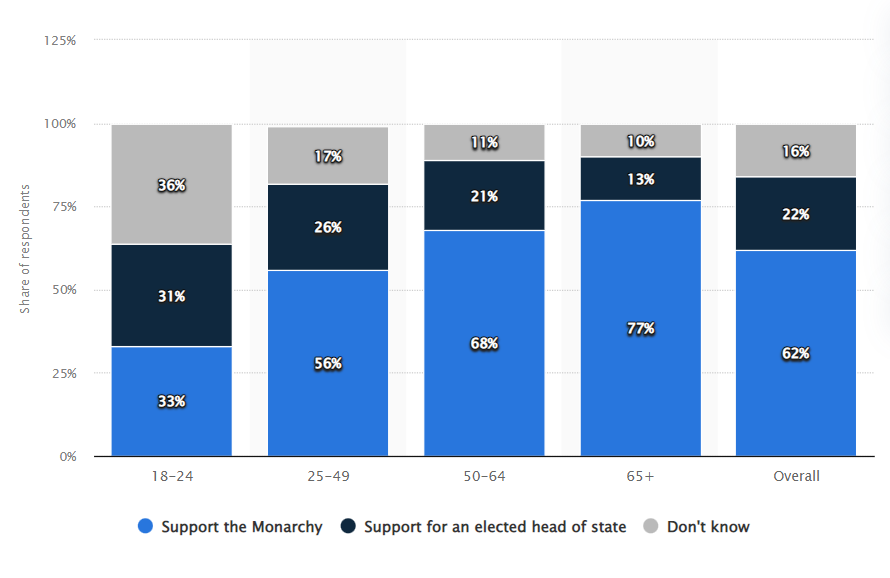 Support for the monarchy increases with the age of the respondents. Certainly, it is stronger between 50 and 65+ years old (68% and 77%). But, on the contrary, the support percentage decreases radically between 18 and 24 years old (33%). Hence, the survey’s outcome proves young people to be much more critical of the monarchy than the older generations.