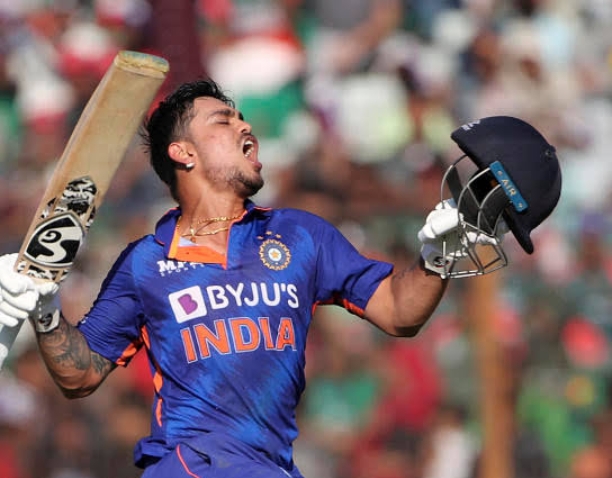 Bangladesh was set for 3-0 over India with two stunning victories but India turned the plans around with its last spectacular victory and Ishan Kishan overturned the history of fastest scoring hundreds in ODI by becoming the quickest to reach a double century. This series has been a gloomy one for India with two consecutive defeats in the first match of this ODI This made Indian fans as Bangladesh one with 10 wickets. The next match was rough and nail-biting and Bangladesh was one with five runs only, the decided fate of this ODI reached its last stage, and India gained a gigantic boost of a classy win by a huge difference of 227 runs at Chittagong Stadium.

This game saw KL Rahul stepping in for Rohit Sharma as a Captain and Ishan Kishan batting in the first order after the wicket of Shikhar Dhawan by Mehedi. India lost its first wicket on just 15 runs but Ishan Kishan came to write history and he did so by scoring 200 runs off just 126 balls with 24 fours and 10 sixes.

Ishan broke the record previously held by Amelia Kerr of New Zealand. Ishan showed his gratitude and showered thanks to his cheering fans and tweeted

"I cannot put into words what I’m feeling right now but I’ll try. I’m overwhelmed by the love, the messages, and the wishes. This is an innings that will stay in my heart forever, a day that I won’t forget, and these moments that I’ll always carry with me. Thank you for everything".

Ishan was supported on the other end of the wicket by Virat Kohli who hit a fine century of his own in 91 balls and together they set the score bar too high at 409 for Bangladesh. Bangladesh was bowled out for 1802 runs and the margin of loss stands at the second highest in ODI history making the taste of victory for Bangladesh a bit sour. World Cup is approaching next year and this match has confirmed Ishan Kishan's position on the team this last when might so the bones of ultimate defeat at the ODI for cricket fans and team and prep them for the upcoming tournament

By March 2024, Tata-owned Air India will merge with Vistara.