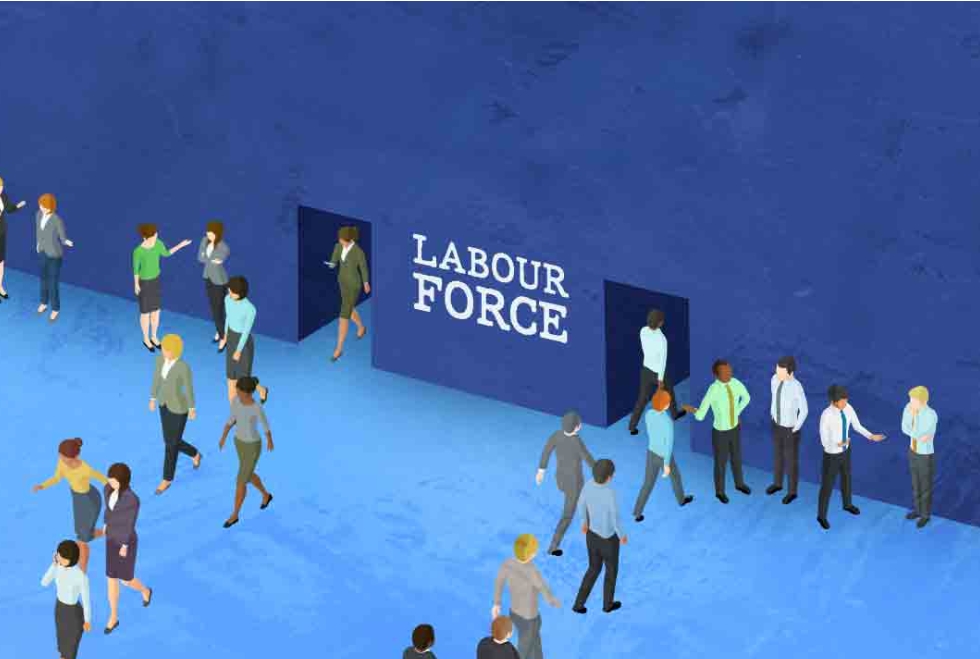 According to the Centre for Monitoring Indian Economy, labour force participation declined from 46% in 2016-17 to only 40% of legal working age Indians were employed or looking for jobs in 2021-22. This means that out of every 100 people in the working age population, only 40 were either working or looking for work in 2021-22.

Perfectly, this figure translates to the fact that from a size of 445 million, the workforce has shrunk to 435 million in six years. In total, there are approximately 1085 million Indians aged 15 and over who can be legally employed. According to the CMIE, the decline in India’s labour force participation was not consistent, meaning it declined from 445 million to 432 million in 2017-18, but in two years, it increased to 442 million. Again, the following year, in 2020-21, it dropped to a whopping 424 million, but the following year, due to the stability of the Indian economy, it increased to 435 million.

But the statistics become even more disappointing if we focus our attention on labour force participation among women. In the case of women, only 15% of women were employed or looking for jobs in 2016-17. Metrics dropped to just 9.2% in 2021-22. For men, the participation rate dropped from over 74% to 67%. The participation rate is lower in urban areas.

India and EU Prioritize Movement, Talk About Students and Workforce