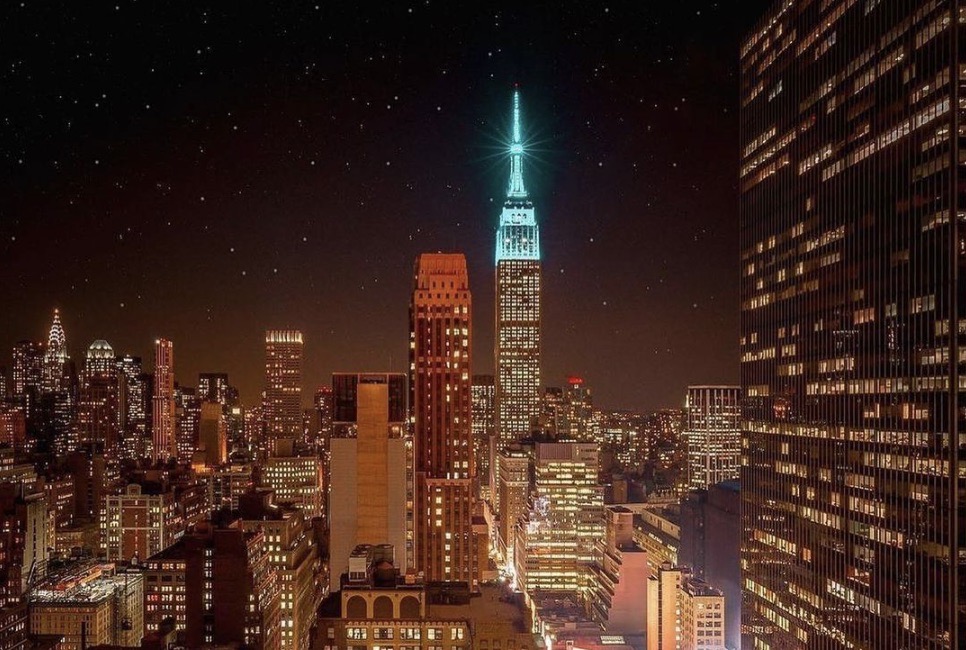 The AFA has counted more than 800 landmarks that participated, shining their teal lights on the third. Some famous landmarks include The Empire State Building, One World Trade Center, Willis Tower, the Rock and Roll Hall of Fame, and LAX Airport. Moreover, an extended list of the buildings that participated in the program can be accessed via The Light the World in Teal website.

“By 'Going Teal,' these sites are highlighting the issue of Alzheimer's and the need to continue doing more for the 5 million Americans currently living with it. We thank them for supporting this program and all those affected by Alzheimer's disease,” says Charles J. Fuschillo, Jr., AFA's President, and CEO.

AFA extends the invitation beyond landmarks, encouraging individuals to wear teal and share their support via social media with the hashtag #AFALightTheWorldInTeal. Individuals looking for teal can find shirts, stress balls, and bracelets on their website’s store. In addition, people at home are encouraged to spread AFA’s message of awareness for the millions living with Alzheimer’s.

"Every person and place participating in this global initiative is making a difference in the fight against Alzheimer's disease- and the more that join, the more awareness we will raise about Alzheimer’s,” says Fuschillo, ”We invite everyone to 'go teal' on November 3 to show their support for the millions of people living with Alzheimer's."

The organization invites anyone and everyone to participate in the program this month, hoping to fund research for better treatment and a cure. For those wanting more information about AFA and Alzheimer’s disease, call AFA’s Helpline at 866-232-8484 or visit their website. To learn more about the Light the World in Teal program, visit https://lighttheworldinteal.com/. Individuals can also follow the organization’s social media accounts, including Facebook, Twitter, Instagram, LinkedIn, and Youtube.

Nicely written and an important topic!