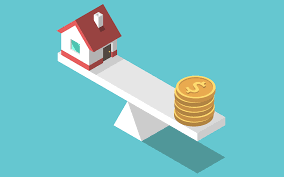 Prices are reported to be rising by 9% a year in the UK, which is the highest rate in years. The Bank of England has warned inflation rates might climb even further to 10% and those high up in the food industry have suggested food prices could soar by 15% by the end of this year.

These levels of inflation have been largely influenced by Energy Bills and elevated prices of oil and gas. Earlier this year, UK’s average gas and electricity prices surged by 53.5% and 95.5% in comparison to the previous year. This is because the demand for gas has risen due to the war in Ukraine threatening supplies from Russia and the effects of the Covid pandemic easing. April also saw the highest prices for fuel on record. The average petrol price reached 161.8 pence per litre. There have been several warnings that many households will face fuel poverty.

The impact of inflation has been exasperated by wages not increasing to match the cost of living. Figures from the Office for National Statistics (ONS) demonstrate that average pay rose by 4.2% between January and March. However, when inflation is considered, wages fell by 1.2% compared with a year ago. A survey conducted by the ONS underlines that the rising cost of living in the UK is a concern for more than three-quarters of people over the age of 16 in Great Britain. It highlighted about half of them worried about it nearly every day.

A separate survey by ONS covering the 25th of May to the 5th of June, which looked at the implications of the rising cost of living, discovered that 88% of respondents stated their cost of living has increased. It also found that 52% of those surveyed said, due to the rising cost of living, they were using less gas and electricity at home as well as spending less on the weekly food shop. Those spending less on food and essentials had jumped to 41% from 36% in the fortnight previous. The proportion of respondents who reported buying fewer items in their food shops increased by 46%. As well as these reductions, adaptations have been made to nonessential travel plans. 40% had to cut back on nonessential use of their vehicles.

In response to the cost-of-living crisis, the government has announced that all UK households will receive a £400 discount on fuel bills in October. People on benefits, more than eight million low-income households, will get an additional £650. Disabled people will be eligible for an extra £150 and pensioner households who get the winter fuel payment will get £300. The government states this will be funded by a temporary tax on oil and gas companies. Additionally, the government is said to be doubling the Household Support Fund to £500 million to support vulnerable families.

Madhya Pradesh: A Ray Of Hope Is Observed, As IIT Indore Is All Ready To Bring Back Students And Resume Their Classes In Offline Mode