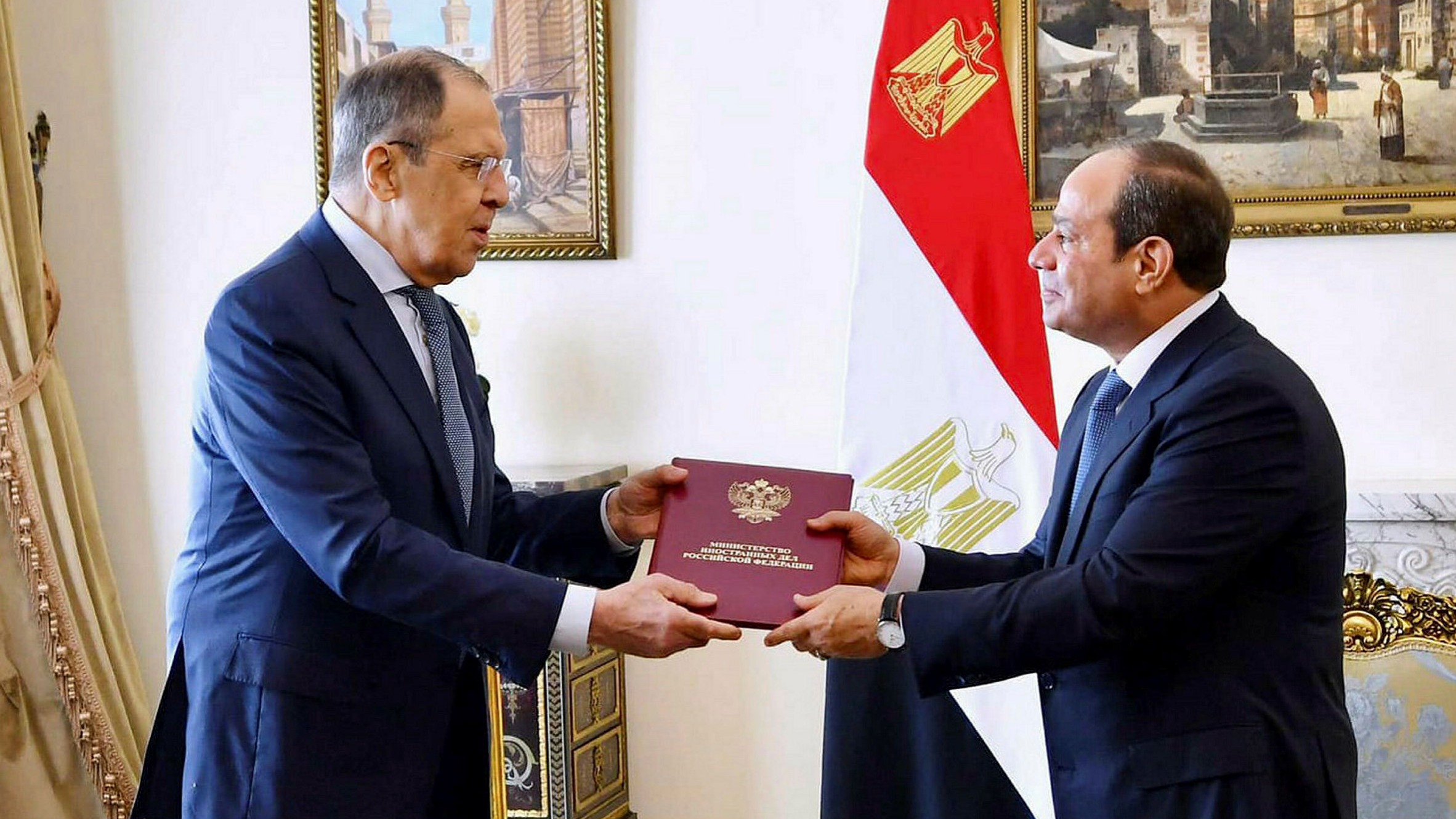 On Sunday, July 24th, the Russian foreign minister, Sergei Lavrov, started his African tour beginning from Egypt. This is the first destination of a tour that will also touch Ethiopia, Uganda, and the Democratic Republic of Congo.

These meetings are deemed necessary by the Russian government to counter the fears generated and fueled by Western propaganda on the problem of grain exports.

Accordingly, several African countries rely on Russian and Ukrainian grain imports with Egypt being the biggest importer. Moreover, the country has enjoyed longstanding commercial relations with Moscow, also concerning other sectors like weapons and tourism.

Lavrov seemed reassuring during a press conference with his homolog, Sameh Shoukry.

Accordingly, he stated that “we reaffirmed the commitment of Russian grain exporters to meet all their commitments.”

Egypt, like many other African countries reliant on grain imports, has been reluctant to take a position on the ongoing war given its ties with both Russia and the west.

The food crisis that emerged from the blockade of the most important Ukrainian ports though, is producing important shifts in their perceptions as the impact on their domestic economies was relevant.

As stressed by the Financial Times, Russia is the world`s largest exporter of wheat and cereals whereas Ukraine ranks fifth. Among the most dependent African countries, there is Lebanon with 80% as well as Libya, Somalia, and Syria.

The newspaper reports also that Lavrov was clear in stating that Russia is not acting in Ukraine as a colonial power as the West is trying to promote.

While he showed his deep appreciation for the fact that many African countries are not taking a position, he also said that “Russia is not stained with the bloody crimes of colonialism” and “does not impose anything on others or teach them how to live”.

This position was also reiterated by the article he published on July 22nd on the Russian Foreign Ministry’s website right before his trip to Africa.

An important part of the article stresses clearly that Russia’s interventions in Africa are not guided by the same master-slave logic usually imposed by the former colonial countries. While the former metropolitan countries continue imposing a colonial model defined as “obsolete” by the minister, Russia is instead convinced of the need for “African solutions to African problems”.

He also stresses the fact that several African countries are opposed to this new form of the colonial and unipolar world that the US is trying to impose on the continent and not only. Notwithstanding the pressure coming from the outside, especially regarding grain imports where, as the minister highlights, the usual blame-shifting process is applied, the African countries have not joined the Western-led anti-Russian sanctions.

All in all, the minister aimed to reassure the African countries reliant on Russia that the latter will not fail in its duty to export food, fertilizers, and energy. Russian foreign policies concerning Africa will be always based on peaceful UN charter provisions.

Also, Lavrov reminded the western world that friendly relations with African countries were established since Soviet Union times. Accordingly, the latter supported several liberation movements that put an end to colonization in Africa. Aid was given in form of both assistance to each liberation movement and support to the newly declared independent states and their developing economies.

Moreover, Russia played an outstanding role in the formalization of the decolonization process within the UN by making it an integral part of international law.

Previously, in November 2021, Lavrov praised the good developments in Russian-African relations after the meeting with Moussa Faki Mahamat, the chairperson of the African Union Commission. The meeting confirmed the good perspectives for both Russia and Africa to develop relations on all levels.

In June 2022, the benefits as well as the several economic opportunities resulting from the establishment of the African Continental Free Trade Area (AfCFTA), signed in March 2018, and came into force on January 1, 2021, were largely discussed.

Discussions in this sense took place in St. Petersburg during the 25th International Economic Forum (SPIEF) which saw the participation of prominent Russian and African officials.

Accordingly, to have access to the endless economic opportunities offered by the AfCFTA, the interested Russian companies should invest in initial market research and development (R&D) collaborations with their African partners.

The June 2022 events should be framed within The Russia-Africa Business Dialogue, inaugurated in 2016 as a unique platform where both parties could have the opportunity to discuss several aspects of important matters concerning particularly economic cooperation between Russia and Africa.

The recent visit to Africa, still ongoing, will follow this path.

Accordingly, the Russian government will aim to discuss both regional and international issues to strengthen relations with its several African partners. To achieve so, new agendas should be established while reinforcing the complex structure of interstate relations.

Moreover, given that Cairo is the headquarters of the Arab League, the foreign minister will have the opportunity to discuss several issues also with the members of this organization.

This prompted the West’s reaction as the Arab League, as well as the Egyptian government, should not get lured into the Russian version of the Ukrainian war.

Whether this intervention should be interpreted as the umpteenth attempt to pressure extra-EU and extra-US countries or as fear of further Russian expansion through new alliances is still the main conundrum.

The only certainty is that this kind of intervention has recently become the norm. India is a telling example of this as the country is being currently pressured by Washington since the beginning of the war to break the country’s non-alignment policies.