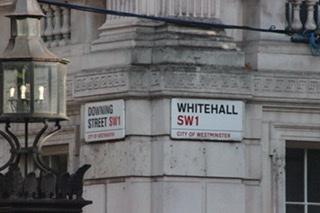 An internal report into bullying at the heart of the UK government has found that one in ten members of staff had experienced bullying or racism in some form or another. The report also details that there was a culture within the cabinet, in which those accused of this behaviour were not being sanctioned.

The Cabinet Office have responded to the leak, suggesting that the report shows “how seriously we take addressing the issue”.

One internal staff survey found that the office, which is an integral part of the running of government in the UK, is ‘dominated by people speaking with posh London accents’.

Several members of staff that took part in this survey have been quoted in the report, and although they have remained anonymous, one said that “this could lead those from other socioeconomic backgrounds to feel like outsiders and be self conscious about the way they speak”.

Members of staff from BAME groups described “feeling as if they had to change their behaviour to fit in - this included changes to how they speak and present themselves to be less like their own identity and the communities that they come from”.

Some have described how they feel that their ideas were being taken less seriously than their white colleagues, and they also further detail ‘micro aggressions’ where they are mistaken for other members of the department.

Female staff have also detailed what they feel to be a ‘macho’ culture which comes from the very top of the organisation. Females also describe how there were times where they felt like their ideas were not respected.

This is the latest in a long line of scandals under the soon to be ex prime minister, Boris Johnson. He is yet to comment on the issues, however his ex aide, Dominic Cummings did point to these very issues in some of his post-sacking blogs, pointing out that the institutions themselves were, in his words, ‘inherently racist’.

It is unclear just how deep these allegations go, however with this leak opening something of a constitutional can of worms, it’s sure to hit further headlines as yet more people from the backbone of government come forward.