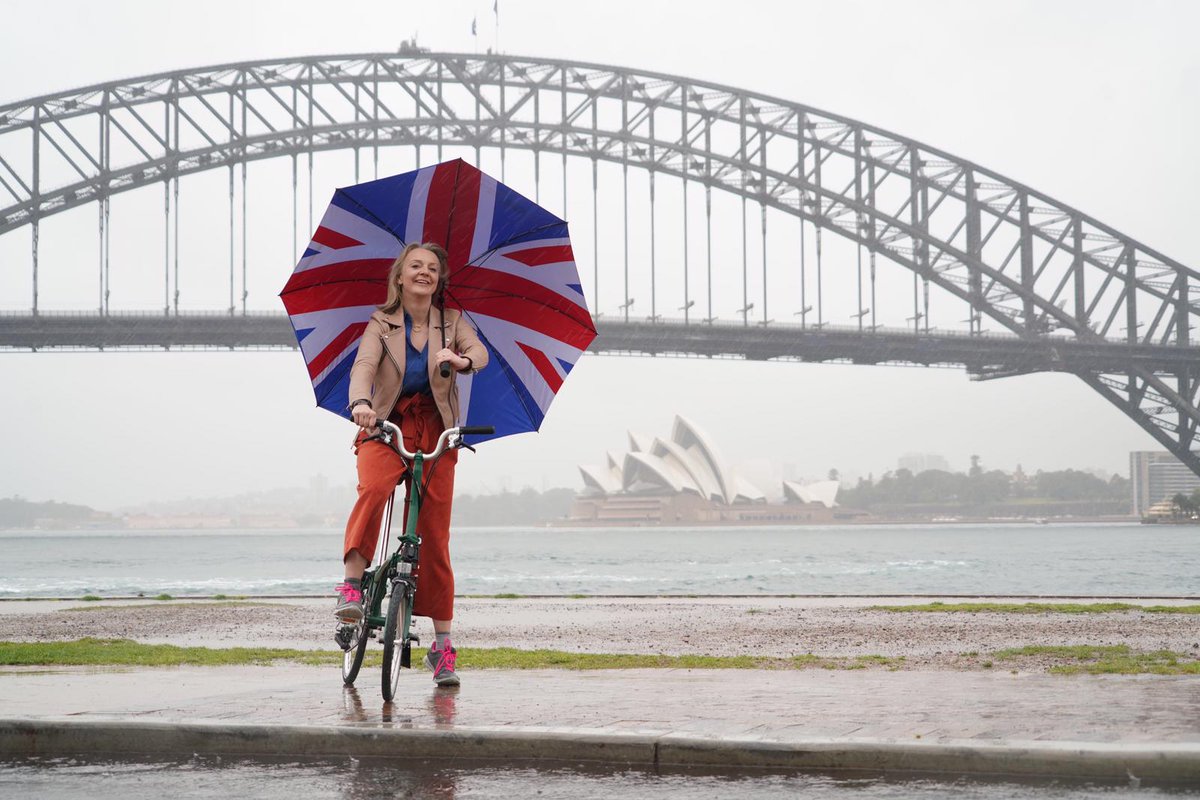 Liz Truss says the best way to deal with “attention-seeking” first Scottish minister Nicola Sturgeon is to “ignore her”.

Speaking at an eventful hustings event in Exeter, Tory leadership contender Liz Truss ruled out the possibility of a second Scottish independent referendum and has called Nicola Sturgeon “attention seeking”.

“I think the best thing to do with Nicola sturgeon is ignore her,” immediately followed a metaphor in which Truss described the union as a “family”.

Seb Payne informed Truss that just ignoring Sturgeon might be a problematic solution. “It’s a bit difficult when she’s first minister though”, he replied.

“I’m sorry, she’s an attention-seeker Seb, that’s what she is.” Critics have responded with images of Truss engaging in expensive publicity stunts, such as a photo shoot of her riding a bike with a Union Jack umbrella.

Truss’ views are not unique in the Conservative party. The mainly white, over-60 and southern crowd cheered, whilst Jacob Rees-Mogg propped up Truss’ statements.

He called Sturgeon “very often wrong” and “always moaning” in an interview with Sky News.

“All she does is campaign to break the union.”

Part of a politician’s job in the U.K. is to campaign to achieve their aims. Boris Johnson made Jacob Rees-Mogg the Minister of State for Brexit Opportunities and Government Efficiency in February 2022, as Rees-Mogg was one of the main campaigners for Vote Leave. He suggested an electoral pact between the Conservatives and Eurosceptic, right-wing populist party UKIP. He currently stands as chairman of the anti-European Union European Research Group.

Sturgeon leads the Scottish National Party, whose vision is for a “fair society where no-one is left behind.” The party have condemned the crude comments and claims that such ‘cack-handed’ statements will only encourage independence.

Truss’ comments come at a time when the relationship between England and the other union countries, Scotland, Wales and Northern Ireland, are fraught. The SNP’s deputy leader, Kirsten Oswald, has said that promises the Conservatives made in 2014 to win Scottish support have turned out to be a sham.

John Swinney has called Truss’ comments “completely and utterly unacceptable”. He is particularly angry about increasingly negative Conservative attitudes towards Scotland over the last few years.

“And if you don't believe me on this just listen to what Mark Drakeford, the Labour first minister of Wales, says - he says exactly the same thing about how Wales is treated.” Swinney’s comments come from an interview with the BBC.

Even some Tory MPs agree with Swinney in part: Liam Fox condemned Truss’ “eye-brow raising” remark and called for Sturgeon to be “treated with respect”.

On 18 September 2014, 84.6% of the Scottish population voted against independence by 55.3% to 44.7%. Recent polls show that 49% still support Scottish independence, with 51% opposing it. This figure is excluding the 5% of the electorate who are undecided.

Scottish people sitting on the fence about disunion or voting Conservative will not be happy with Truss’ comments. As James Cook, the Scottish editor of BBC News has pointed out:

“There is a fine line between insulting a political opponent you dislike and dismissing the people who voted for her, including those whose support you one day, presumably, hope to win for yourself.”