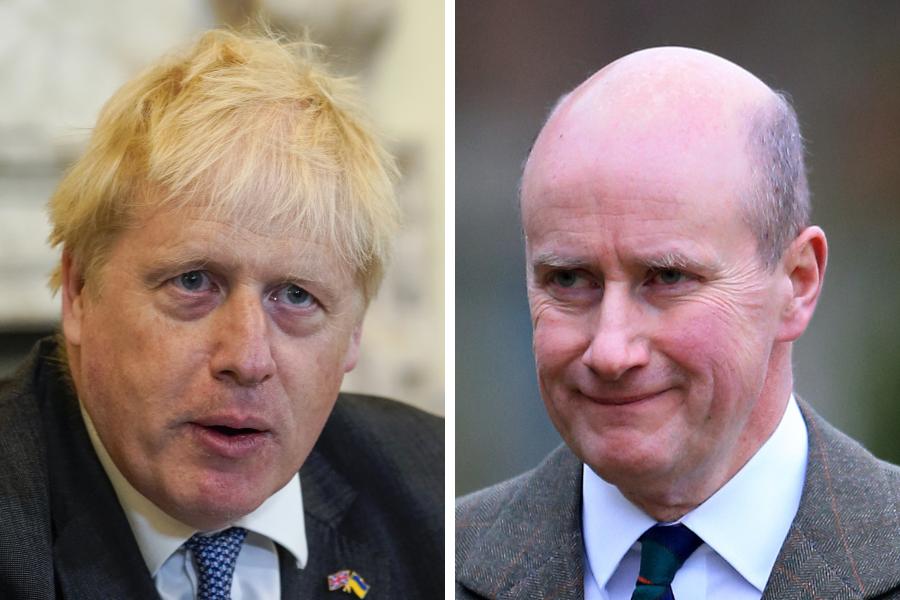 According to the BBC, Boris Johnson’s ethics adviser, Lord Geidt, has dramatically stepped down from his position amid “legitimate questions” with regards to whether Mr Johnson had broken ministerial code over what has now been dubbed, “Partygate”.

“Partygate” is a term that encompasses a series of social gatherings that took place at 10 Downing Street throughout the COVID-19 pandemic. During this time, the country was in a national lockdown and Boris Johnson had imposed strict rules, including only being allowed out once a day and not meeting any friends or family. However, it has come to light that government officials had ignored such regulations. The most shameful example occurred on Friday, April 16, 2021, a day of national mourning after the death of The Duke of Edinburgh. On this day, the lockdown rules read that mixing households indoors was forbidden and as a result, the Queen was pictured sitting at her husband's funeral alone in line with the law. However, on that same day, Downing Street staff held a party, with music and dancing and suitcases full of alcohol being sneaked in. A direct violation of the rules that Downing Street themselves imposed.

As per the Institute For Government website, the ministerial code is a set of rules and principles that government ministers must obey. All codes include the ‘overarching duty’ of ministers to comply with the law, and if any rules or codes of conduct are broken, it is conventional that the minister resigns. However, shortly after Boris was accused of breaking COVID-19 lockdown regulations, he did not resign and 10 Downing Street quickly released a new version of the ministerial code, which read that it is “disproportionate to expect that any breach, however minor, should lead automatically to resignation or dismissal”. The new ministerial code caused an uproar from the opposition with Labour MP, Christ Bryant, saying that the alterations to the code were “appalling” and “a disgrace”. Adding, “‘if you break the rules, just rewrite the rule book’ is the new motto of this despicable government”.

As a result of this, Geidt questioned whether the Prime Minister’s actions “constituted a breach of the overarching duty” and he concluded that Mr Johnson was “unwilling to have his own conduct judged”. Therefore, as an ethics advisor, this undoubtedly was a testing situation for Lord Geidt and it is not the first time Mr Johnson’s ethics advisor has resigned. In fact, this is the second resignation from an ethics advisor in less than two years. The Guardian has noted that Alex Allan, Geidt’s predecessor, quit in November 2020 after the Prime Minister ignored his findings that Priti Patel, The Home Secretary, had bullied civil servants.

Today, Geidt’s resignation letter was published, announcing that his sudden exit came after he was placed in an “impossible and odious” position. The letter goes on to warn the Prime Minister that he risks making a “mockery” of the ministerial code and that he “can have no part in it”. Additionally, allies of Mr Geidt told The Guardian that the ethics advisor had previously been feeling “frustrated” and “sick of being lied to”, which ultimately made his job untenable.

In response to the dramatic exit, Mr Johnson replied, writing that Geidt’s letter came as a “surprise” as he had previously mentioned that he was going to remain in government until the end of the year. The letter also rejected claims that the ministerial code was deliberately broken and ended by thanking Lord Geidt for carrying out his duties “admirably under very difficult circumstances”.