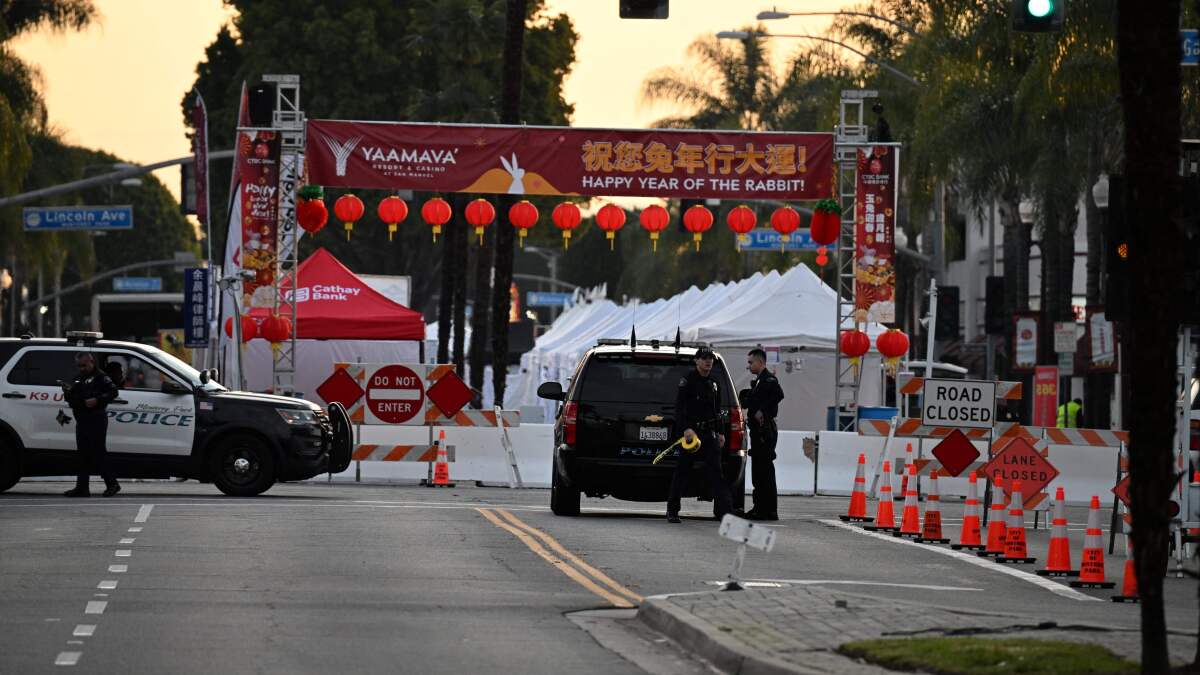 At least 10 dead in Los Angeles attack on Chinese New Year festival. The suspect is still being sought.

An armed attack took place on Saturday night in the city of Monterey Park, near Los Angeles, as a result of which several people died.

The suspect fled the scene and authorities are still searching for him, said Capt. Andrew Mayer of the Los Angeles Sheriff's Department. Another 10 victims are in hospital following the incident, he added.

Police were first alerted to the incident at 10.22 pm local time and arrived to find people "screaming" outside a building.

The armed attack took place at the restaurant at 22:22 (06:22 GMT) near the site of a Chinese New Year celebration in Monterey Park.

An attacker is a man, said Sergeant Bob Boese of the Los Angeles Sheriff's Department, without specifying whether he is still at large or has been taken into custody.

Tens of thousands of people attended a festival held earlier in the day at the same venue.

The LA Times quoted the owner of a nearby restaurant as saying that people sheltering on his property told him a man with a machine gun was in the area. According to the LA Times, Seung Won Choi believed the gun attack took place at a dance club.

Other witnesses cited by the LA Times stated that the attack was carried out by a man armed with a machine gun who, once he finished a magazine with bullets, threw it away and mounted another one, writes EFE.

The LA Times also reported, according to EFE, that "in the internal communications of the police, reference was made to several deaths".

Monterey Park is a city in Los Angeles County, located about 11 km from downtown Los Angeles. AFP mentions that an important Asian community lives in this region and that journalists of the agency on the spot noted a strong police presence in the area, which was flown by helicopters.