Love jihad in UP: Lucknow woman accuses her husband of illicit trade of weapons and running a “love jihad” campaign after her marriage. 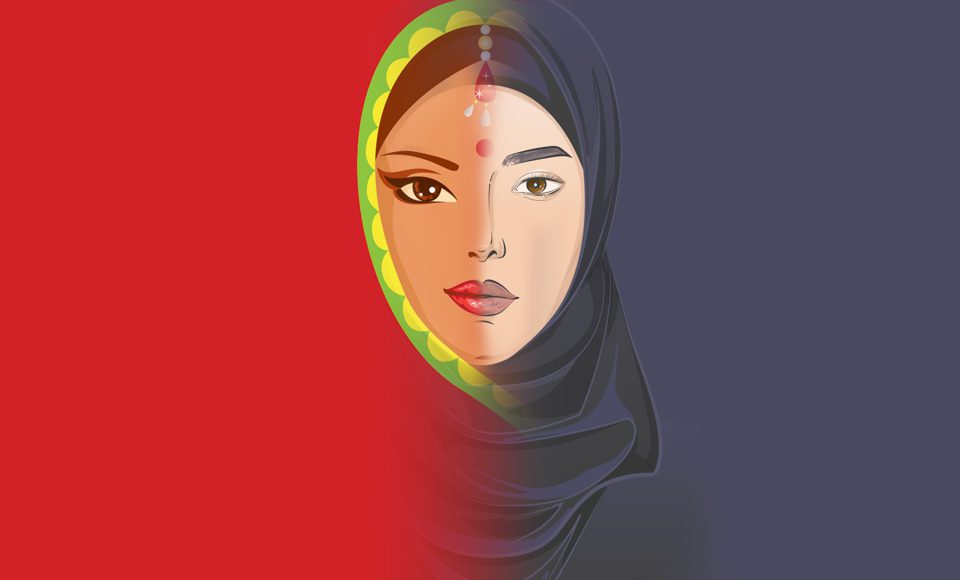 On 6 July 2021 Tuesday, a women resident of Lucknow filed a complaint against her husband at Indiranagar police station. She accuses him of converting non-Muslim women to Islam (“Love Jihad”), trading in illegal weapons, and demanding dowry even after 2 years of marriage.

The Muslim lady also accuses her mother-in-law and her husband of forcing her to undergo a sex determination test. She also added that they tortured her to be a part of their “Love Jihad” campaign.

The Muslim woman belongs to Lucknow, in 2019 she tied the knot with Ashraf who is a resident of Bengaluru. She said that her husband, Ashraf heads Khanqah-e-Ashrafia Hussainia Qutbe, a dargah in Bengaluru in Karnataka. She moved with him to Bengaluru after their marriage. Initially, everything went well until Ashraf, her husband pressurized her to be a part of his “love jihad” campaign. He forced her to make relations with non-Muslim women, trap them in her trick and bring them home. Fearing the separation, she followed her husband’s order initially.

“Love jihad “is an illegal activity under which non-Muslim women are trapped in love and are forced to convert to Islam in way of marrying young Muslim boys and men.

She claimed that Ashraf’s mother, her mother-in-law was also part of this activity. The whole campaign was running under a shrine where they called visitors for “Love Jihad”.

Further, the Muslim woman also accuses her husband being indulged in the illicit trade of weapons. According to her statement, the whole act of illegal money and arms happened under the roof of a dargah in Bengaluru.

Later she accused Ashraf of marrying a Hindu girl who was renamed Madiha and giving her training in weaponry inside the dargah.

“Ashraf married a Hindu girl and changed her name to Madiha. Afterwards they took her to dargah and started giving her training in weaponry” said the Muslim women during FIR.

She alleged that when she got pregnant both her husband and her Mother-in-law forced her to undergo a sex determination test. After knowing that the fetus was a girl child, they kicked her out of the house. They also demanded an amount of Rs 25 lakhs from her brother to keep her alive, fearing that his brother paid 7.5lakhs to save her life.

“When I got pregnant Ashraf and my Mother-in-law forced me get a check-up regarding the sex of the unborn child. Soon after they got to know that the child is going to be girl they trashed me and called my brother and demanded Rs 25lakhs to spare my life.my brother paid them 7.5lakhs.”

She added that the laws didn’t agree to it and kicked her out of the house saying she will be accepted by them only if she pays them the remaining amount of 17.5 lakhs and bringing four non-Muslim girls for their illegal campaign as an apology.

Not agreeing to their demands, she returned to Lucknow and gave birth to her daughter

She filed a complaint on 6 July 2021 at Indiranagar police station in Lucknow. Her husband and her mother-in-law- are charged under The Prohibition of Unlawful Religious Conversion ordinance, 2020; Extortion and dowry harassment.

A similar case of “Love jihad” was filed on 5th June 2021, in Lucknow where the accused named Arif Hashmi was arrested on the grounds of forcing a non-Muslim woman to convert to Islam. The sources convey that he assaulted the women both physically and mentally.

Accused Arif Hashmi introduced himself as Aditya to the widow who is the daughter of ex-IAS officer and daughter-in-law of Agra’s ex-mayor. He pressurised her to convert her religion else he will make his private pictures online.

The accused is arrested on the grounds of various IPC Sections for unlawful religious conversion, unnatural sex, attempt to murder, rape, and assault.

Similarly, a case was reported in Agra where a Qasim Qureshi became Vicky Yadav in order to marry a minor and convert her to Islam. The accused and the family of the accused are in custody for criminal conspiracy.

Extremism in Islam: or is it just misconception?