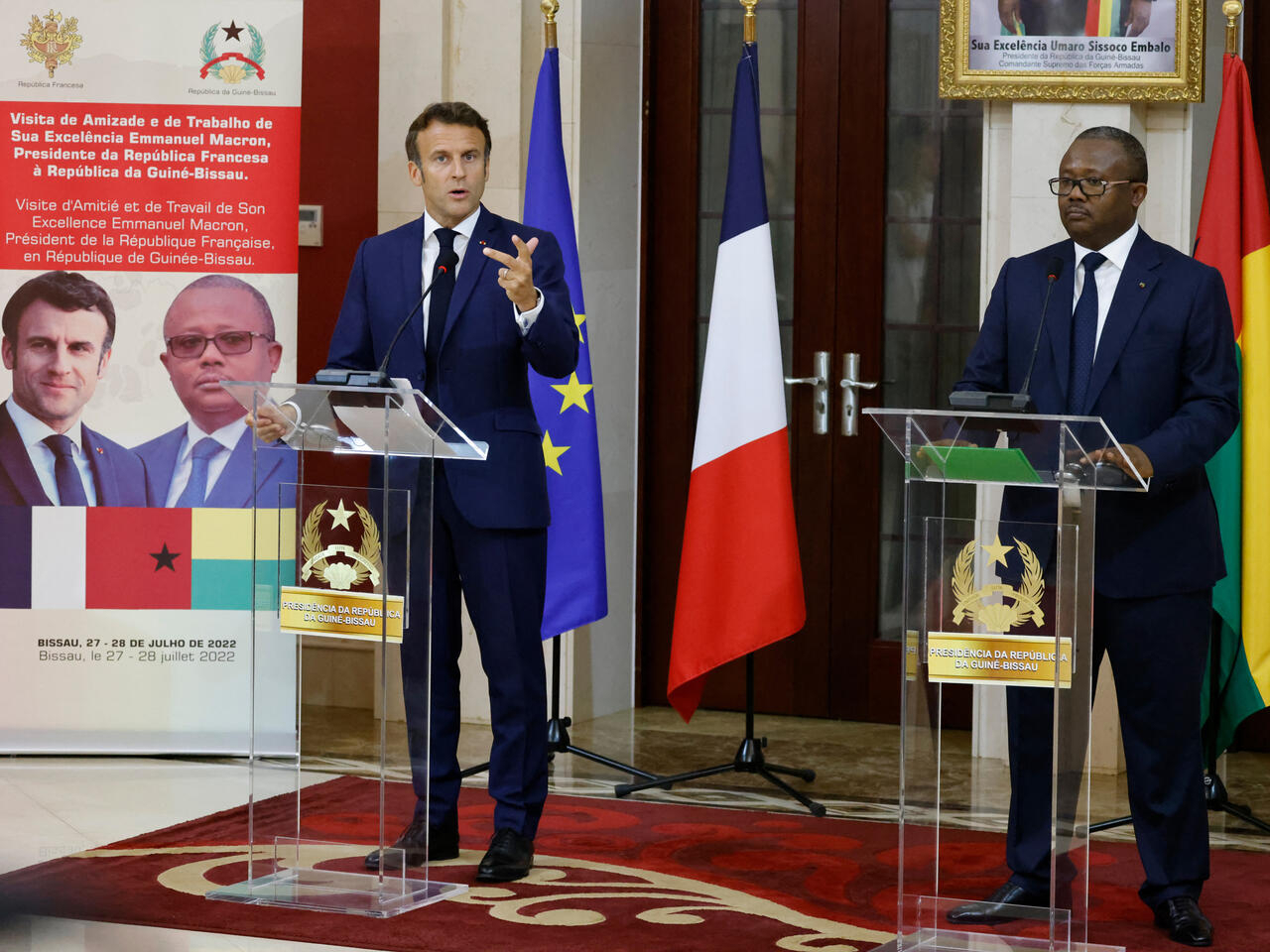 The French President, Emmanuel Macron, has been sharply criticized by the authorities in Mali after the speech he gave during a press conference at the Presidential Palace in Bissau on July 28.

The visit was part of an African tour that saw the French President visit the former colonies of Benin, Cameroon, and Guinea-Bissau.

During the speech, Macron touched upon the situation in Mali, its current political situation compounded by the recent military coup in 2020 and 2021, the Jihadist threat, and the security crisis.

More precisely, he stressed the need for Western African countries to take more responsibility against the Jihadist threat. This, in his view, can be achieved if Mali is actively supported by its neighbors in its journey towards more democratic institutions based on people’s sovereignty. This, in turn, would help in the fight against terrorism.

Nevertheless, it was a specific statement that enraged the Malian authorities, leading them to accuse Macron of once again applying a paternalistic and neo-colonial stance.

As reported by France 24, Macron supported strongly his opinion by saying, "since it is clear that the choices made by the Malian junta today and its de facto complicity with the Wagner militia are particularly ineffective in the fight against terrorism, that is no longer their objective and that is what which presided over our choice to leave Malian soil."

Colonel Abdoulaye Maiga, the spokesman of the current military-led junta, stated during an appearance on public television that "the transitional government demands President Macron permanently abandon his neocolonial, paternalistic and patronising posture to understand that no one can love Mali better than Malians."

Macron’s reference to the Wagner group was coupled with the President’s accusation against Russia labeled as the last imperial colonial power due to the attack on Ukraine. He also stressed the fact that Russia is instrumentalizing food and energy to defend its interests.

While Macron was visiting the three former colonies, the Russian foreign minister, Sergey Lavrov, was visiting other African countries. In particular, while in Addis Ababa, the minister underlined once again the Western hypocritical stance and meddling in both the Ukrainian and Ethiopian conflicts.

The controversial role of the West, according to Lavrov, is clearly explained by the fact that many countries in Africa, Asia, and Latin America have not joined Western sanctions against Moscow.

Throughout the years, accusations of violence against the Fulani community in Mali have been leveled both at the French and Malian armies. France got involved in Mali in 2013 to fight against the Islamist militants. Now, after nine years, Macron announced last February the withdrawal of French troops.

The justification for this was given by the same president who, during the press conference in Paris, stated that France “cannot remain militarily engaged alongside de-facto authorities whose strategy and hidden aims we do not share.”

These occurrences cannot help but raise some concerns. The West's critical position against Russia, labeling the latter as an imperialist power in the Ukrainian war, clashes with past and present facts.

The colonial past of several European countries, France included, is still a plague for many. Today, almost all of these countries are still involved in their ex-colonies through a wide range of interventions of political, economic, and military nature. This constant involvement seems not to be so far away from the imperialist logic Russia is accused of in Ukraine.

But while, as it is officially maintained by Russia, Moscow is engaged in what it calls a “special operation” to restore its interest in a neighboring region, it is hard to see for those European colonial powers engaged in other continents the “neighborhood” or “near abroad” principle, namely territorial contiguity.

Benin Strives to Get Back Stolen Artworks from France