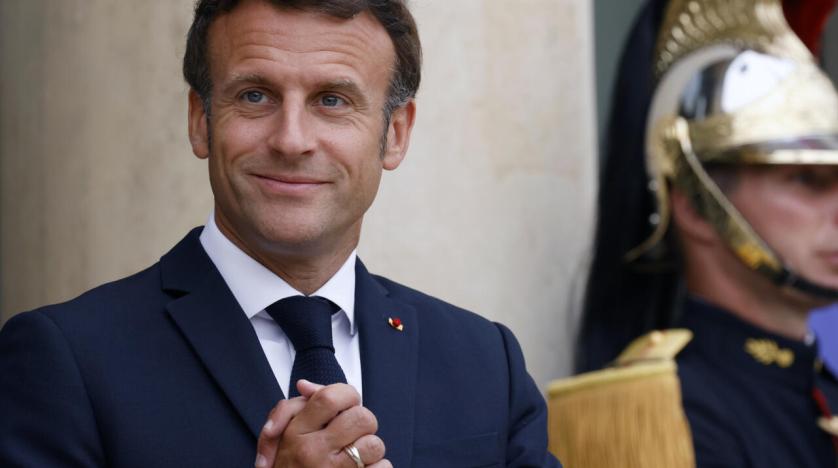 President Macron is attempting to keep up with his pre-electoral promises concerning France’s involvement in Africa. Source: Ludovic MARIN AFP.

The French President, Emmanuel Macron, has started a tour in Western Africa to visit the three ex-colonies of Cameroon, Benin, and Guinea Bissau. The visit started on Monday, July 25th and will last for three days.

The aim of the visit, according to the Elysée Palace, is to refresh ties with the ex-colonies and to realize one of the promises expressed during the electoral campaign before the last presidential elections.

As stated by Elysée, "The choice of the three countries visited reflects both a desire for continuity in terms of substance but also for deepening partnerships."

The main points of this trip are the food supply issues, severely compounded by the Ukrainian war, and security.

The latter is also a top priority as the country prepares to withdraw its troops from Mali. The French had been sending their troops since 2013 to help in the fight against groups like al-Qaeda and Islamic State, whose focus, in the meanwhile, had shifted to the Sahel region.

The support was also for the Malian government, which was facing a strong-armed rebellion organized by the local Tuareg, who allied with al-Qaeda to fight for the independence of the northern part of the country.

French support, while welcomed in the beginning, was harshly criticized afterward by the local population, who labeled it as ineffective and an occupation.

Relations with ex-colonies are at the heart of Macron's new African agenda, and they were already one of his top priorities during his first term. The main aim was to turn gradually away from the paternalistic relationship theretofore promoted by France vis-à-vis its colonies.

In 2021, for instance, for the annual Africa-France summit, he prioritized not African political officials but artists, entrepreneurs, academics, and athletes. This was an attempt to reshape more substantially the relations between France and the ex-colonies by not limiting cooperation only to the political sphere. This included opening up to African civil society in order to reduce France's image as a bribe giver to African political elites.

Now Paris feels the need to renew its presence on the continent more than ever.

France, like many other European countries, is concerned about recent incursions by other powers such as China and Russia.

With the French withdrawal from Mali, Paris must also confirm its presence on the continent given the Wagner threat.

The latter is a private Russian mercenary group that started its activities in 2014 in the Donbas. It is believed to be controlled by an oligarch close to the Russian President. Others say it is an offshoot of Russia's military intelligence agency, secretly funded and controlled by it.

It has been particularly active in Syria, Ukraine, and several African countries, like the Central African Republic and Mali.

Lately, France has condemned the Wagner group as its soldiers seem to have staged French atrocities in Mali.

More precisely, according to video images obtained by the French army, white soldiers appeared to have covered the bodies of several Malians, making it seem like an act of mercy after a brutal French attack.

The account, under the name Dia Diarra, wrote, "This is what the French left behind when they left base at #Gossi. These are excerpts from a video that was taken after they left! We cannot keep silent about this! "

France believes that Russia is behind this to discredit France.

This also has the potential to fuel the traditional paternalistic involvement in the continent based more on politics than economics, something that the ex-French colonies have repeatedly accused France of.

As explained by Francois Gaulme, associate researcher at the Paris-based French Institute for International Relations (IFRI), French products are no longer competitive.

Undoubtedly, the challenges Macron must deal with are numerous and complex. Time will show if this trip gives the promised results.