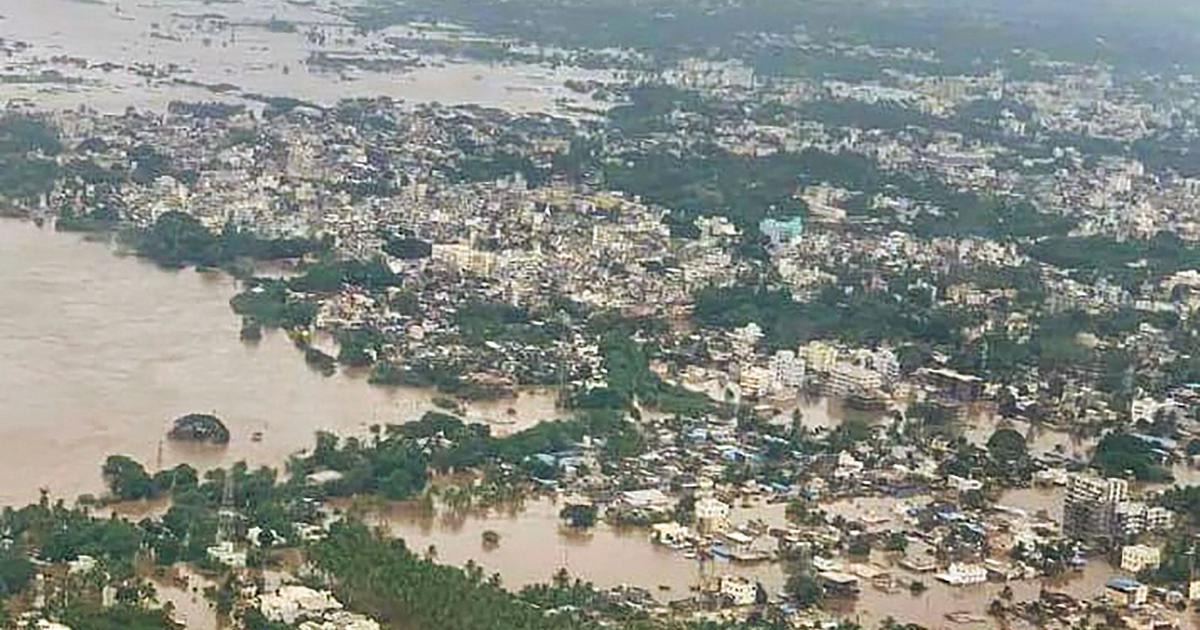 Rain is another form of destructive missile sent by nature to destroy our ego. Corona, Communalism, Riots, Protests are various invaders. Maharashtra has once again witnessed horrendous incidents due to intensely exasperated rainfall. Indian Navy has assembled seven teams for rescue operations. Evacuation has begun but, still, many more people are in the debris. According to the weather department's reports, Mumbai and suburban areas were going to experience moderate rainfall today. Rainfall is continuously thrashing lives and has created havoc in various districts and disturbed families. The rain was driving everyone crazy. On late Thursday, reports of landslides and floods also emerged. Almost 47 villages lost electricity when floods hit the district. As per the reports, two troops are exercising the rescue operation in Mahad, whereas five groups are excavating people from Chiplun. Today, Shri. Narendra Modi, Rahul Gandhi, and Uddhav Thackeray offered solace to suffering families.

Nature is threatening us, but we must learn a lesson from these continuous tensions. Home Minister Amit Shah has affirmed the assistance and aid from the central government to the people. As of now, 36 people have lost their lives in Mahad, Raigad. Group officials have presumed that 30 more people are stuck in that wreckage. Despite the fear among people about the 3rd wave of Corona, collapsing buildings and sliding land have led to casualties. Today in Govandi, there have been seven deaths. The meteorological department has issued an orange and red alert for three days in Mumbai. Mahabaleshwar received about 480 mm of rain, which set a new record. Floods have wreaked havoc in Satar. Due to misty circumstances and the suspicion of missing people, the situation is becoming worse. Experts say that in the last 40 years, Maharashtra hasn't undergone such disastrous floods. It has not just remained a problem but has become a crisis due to climate change.

Dilapidated buildings are the root cause of such Govandi incidents. The disturbing fact is the delay caused by the government in beginning the excavation. The incident took place at 4 PM, but till 1:30 PM, there was nothing on the affected spot. BJP has slammed the state government for the delay, but officials have defended themselves by talking about the obstacles on the way to villages. In recent years, Maharashtra has suffered heavy casualties in tragic events. Malin village lost 153 people in 2014. Pune also experienced deaths due to landslides. In the last week, 30 people died due to natural disasters.

Since March 2019, the entire world has experienced various frightful situations. When the waves of CORONA are at their peak, humans are losing lives and our beloved ones but when the wave is about to become mild, immediately something like this comes like a sea monster (Floods and Landslides) and hits the country.  Vijay Wadettiwar has approximately 44 casualties in the entire state due to natural calamities. Several reports said villagers had rescued more people than NDRF & SDRF, but in other reports, official information says, almost 400 people were relieved by groups. Electricity will get restored in the next 48 hours, as per Mr. Samant. The coming days will test our capability to survive. The third wave of Corona, many more calamities and collapses could happen in the coming days.