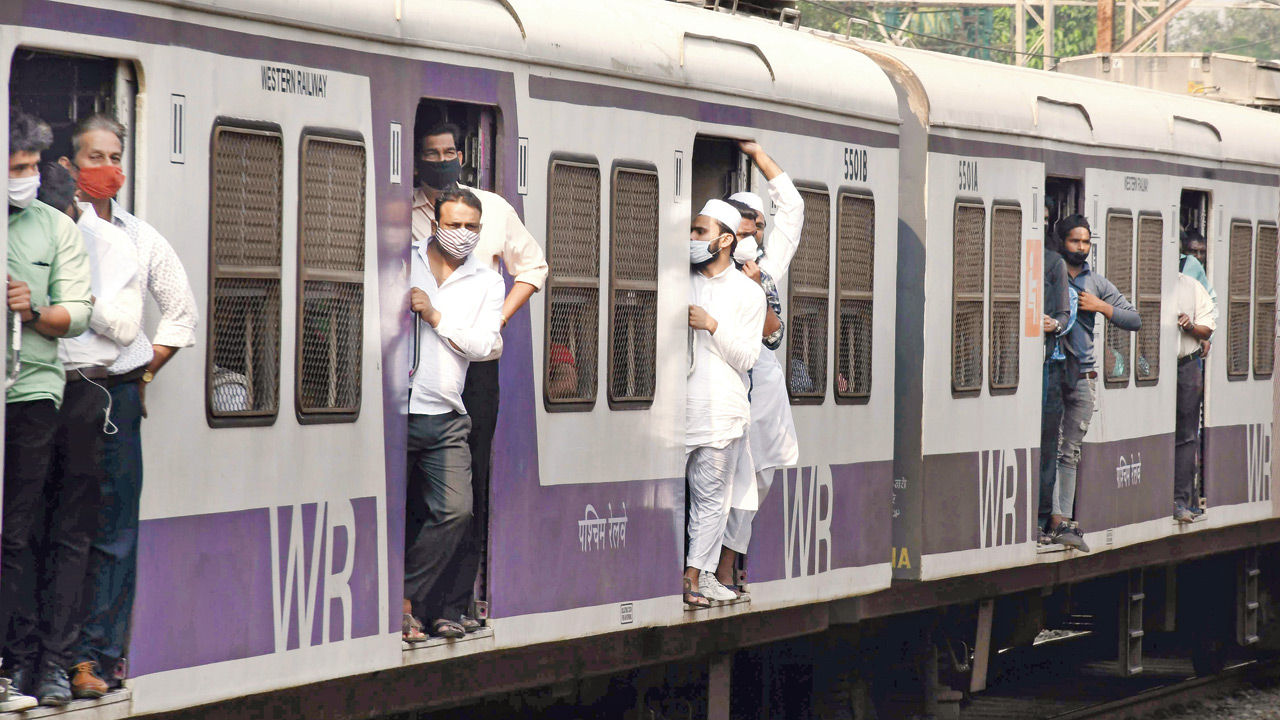 The vaccination necessity for local rail and road transportation remains a source of controversy nowadays, with the state publishing new instructions stating that only individuals having at least two doses of the COVID-19 vaccine would be permitted to travel.

"We are disappointed that our state government authorities have been playing politics for the past two years," said Jogeshwari senior citizen passenger committee member Mansoor Umer Darvesh.

In August 2021, he stated in a letter to the chief minister's office and railway management that vaccination was a personal choice and that public transportation was the best alternative.

Darvesh reportedly told media authorities on Friday that the Maharashtra government had denied lifting restrictions on unvaccinated people using Mumbai local trains and that the BMC had removed all restrictions from theatres, gymnasiums, and wedding halls, but only public transportation, including local trains, remained restricted.

The only forms of transportation available to the average/common man in Mumbai's like city are local railways and BEST bus services. There is no use in imposing these kinds of restrictions now. The issue is now in the hands of the high court.

The court accepted that the rights of people who are not vaccinated have been violated while using public transport like railways and bus services, and urged the state to make new rules and regulations that the court has kept in mind and changes made by the court.

The problem is not resolved yet, and we will raise concerns on the next date if the modifications made by the state government are not in accordance with our demands," petitioner Yohan Tengra tweeted on social media platform Twitter.

On Wednesday, Chief Justice of Bombay High Court Dipankar Datta said he made a significant mistake by expecting that the state government and state executive committee would follow the bench's recommendations regarding the lifting of bans on unvaccinated individuals.

Instead of giving the government a chance, Chief Justice Datta stated that he should have utilized his Suo moto powers (to take up cases in their own motion) and canceled all state decisions made since August, as they are all invalid and offend citizens' basic human rights. He stated that he'd never forget this and that the court would record this violation of trust in the hereafter.

The Chief Justice further criticized the government's counsel, pointing out that while vaccination is claimed to be voluntary, the government makes it compulsory in an indirect way by mandating its use in public areas and other facilities.

Withdrawal of Masks and Government Restrictions in Maharashtra