Mamata Banerjee's student credit card is all show and no go 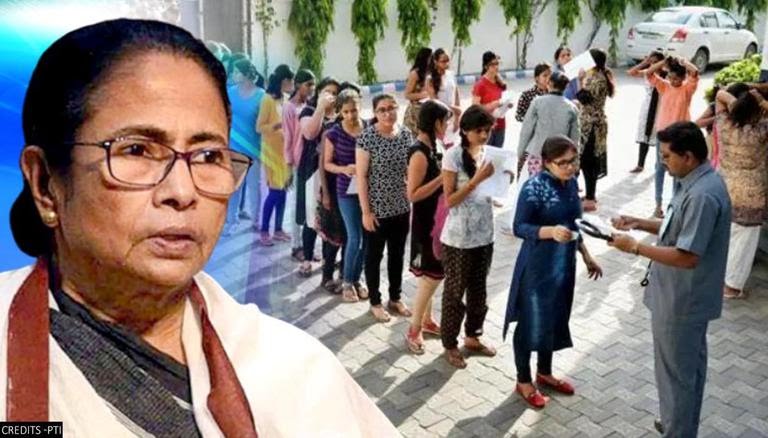 After the declaration of class 12th ISC board results this year, Rounak Mukherjee who had secured 94% marks was more than thrilled to begin the next phase of his academic life. Being a student from the commerce stream, Rounak aimed to get his bachelor’s degree in the same discipline from Kolkata's most prestigious and decorated St Xavier’s University. Even though Rounak’s father who works at a local pharmacy was in no position to pay the exorbitant fees of the aspiring Xaverian, he kept on encouraging his son to settle for nothing less.

Thousands of others like Rounak in West Bengal were academically aiming higher than their financial reach. The sudden push among students to opt for quality education from estimable institutes irrespective of the cost of attendance is triggered by Trinamool Congress’ student credit card scheme which was introduced in West Bengal’s pre-poll manifesto by Mamata Banerjee.

According to the guidelines released by the Government of West Bengal’s Ministry of Education, the student credit card scheme is tailored for students to avail a soft loan of up to 10 lakhs for their higher education. Anyone who has passed the 10th standard is eligible to apply for the scheme and the maximum age limit is set at 40. A borrower will get 15 years to repay the loan at a nominal interest rate of 4%. On top of that, the loan can be used to study at any national or international institute as well as to study and prepare for any competitive examination. Moreover, 30% of the proposed amount can be used to buy laptops, smartphones and pay hostel expenses. The part where it gets prickly is that the loan will be an unsecured one, which means the student won’t need to keep a mortgage, the government will stand as the guarantor.

In the initial stage, the scheme was well-received among the people of Bengal, especially among the students. To some, it seemed too good to be true but people were finding it difficult to doubt its legitimacy as the 2021 Bengal elections had turned out to be the toughest battle in Mamata’s political career. Many thought this was a masterstroke by TMC’s poll strategist Prashant Kishore as speculations ran wild that Mamata is pulling out every trick in her playbook to win the election and make a pan-India presence for her party before 2024 Lok Sabha polls and dethrone the saffron camp.

Soon after Mamata Banerjee’s TMC came back with a historic mandate, the student credit card scheme was rolled out but to a bitter surprise for the applicants. The first surprise which hit the students like rock bottom was the processing period. Tanishta Das who had secured admission for her master’s at Symbiosis Institute said “I need to pay the first semester fees within a week of getting shortlisted but when I contacted the bank they said these types of things will take at least a month or so. No college is going to wait for a month”

Tanishta’s plight was echoed by students across the state who had to relinquish their admission seats from their dream colleges including Rounak. “I had dreamt of studying at Xavier’s for the longest of time but now it’ss all gone,” said Rounak who had secured a berth at St Xavier’s. “Little did I know that my dreams will come down crashing like this. For me, it was not just the tenure of the verification, in my case the bank said it needed collateral for the loan to get approved” vented Rounak. This was the second surprise that the applicants had to endure as in the guidelines it was mentioned that the loan will be an unsecured one. Many students had been making trips to the banks day in and day out to find out the status of their loan until the bank puts an end to it. According to a report published by Anandabazar Patrika, less than 600  applications have been approved out of 1.5 lakh requisitions submitted for 2 months.

A front desk employee of a private bank who wished to be unnamed told The Social Talks that “students have to understand that it is not the government who will be giving out the money, its the bank and every bank has certain protocols to adhere before approving a loan. On top of that, no official memo has been sent to the banks for unsecured loans. We cannot just hand out money who apply for a government scheme”.

Officials from the higher-ups of the banking precinct have said that the scheme wasn’t discussed with the banking sector before it was set in motion. The state government has reached out to the banks for a resolution but that may take another couple of months for a Memorandum of Understanding (MoU).

Rounak is now preparing for his admission to a state-run university. “Last week when I went to Calcutta University's Ashutosh College for an admission-related query, I saw a guy smoking openly inside the college office. The same scene was visible at Jadavpur University where I saw students smoking without hesitation inside the premises and above all else, these colleges are a notorious place for ugly politics which is why I wanted to steer clear of these varsities but I guess there’s nothing I can do now” he said.

To Overcome all The Challenges, a Specially-Abled Man From Kolkata Opens His PR