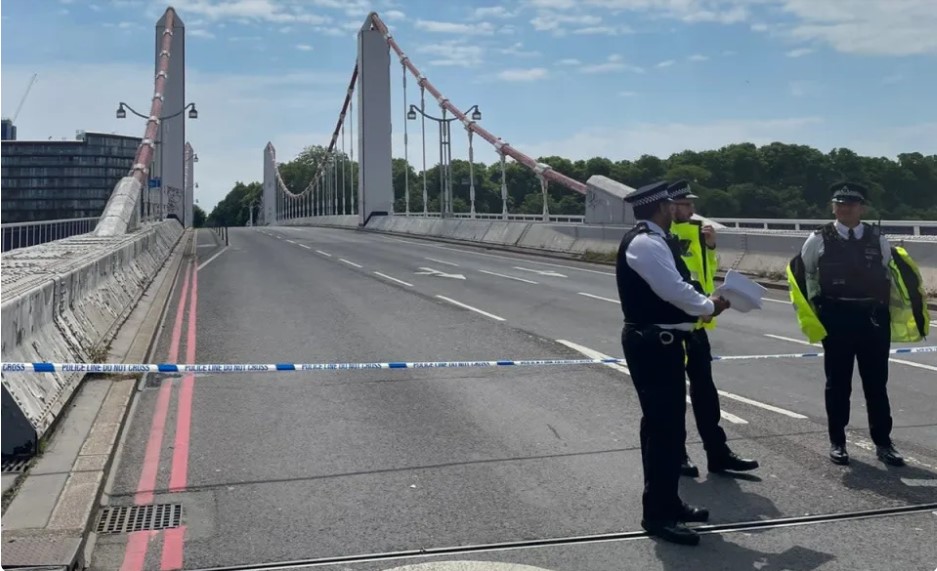 On Saturday, 4 June, the police received reports of a man, in his early 40s, standing on Chelsea Bridge, shouting. A witness, Kamal Elsayes who was on the bridge at that time, said to The Sun that “the guy had something in his hand that looked like a blue screwdriver.” The metropolitan Police received reports of this disturbance happening around 9am and were called to the scene.

They had challenged the man but ended up discharging a stun gun and tasering him with a method of restraint. However, this was unsuccessful as the man fled and jumped into the river but was later rescued and taken to hospital. His condition became critical and he ended up dying the same night. Now the Independent Office for Police Conduct is investigating the contact the officers had with the man as confirmed by the director, Steve Noonan.

The video of the situation had been posted online and it revealed two police officers that confronted the man and tasered him. He falls to the ground and tries to get up but is again tasered two more times as he tries to get up. When he eventually does, he goes and jumps off the bridge, into the river.

The Royal National Lifeboat Institution crew rescued the man and took him to hospital where he later died. Commander Alexis Boon of Frontline Policing, offered his ‘sincere condolences to the family for their tragic loss,’ Steven Noonan offered the same reassurance. He gave the assurance that investigators have secured body-worn video footage on the police and the stun gun used, so there would be a forensic examination of the scene.

The police understand the concern of the public as ‘any incident in which a person comes to harm following contact with the police.’They also mentioned that the ‘officers do have an obligation every day to keep the public safe.’

This situation with the police’s use of stun guns is not new. It has been the subject of controversy a number of times in the past. A similar incident happened back in May 2020, officers from Met’s Territorial Support Group stopped a man named Jordan Walker-Brown. From 3-4 May 2020, he was found carrying a small amount of cannabis and The Guardian commented that he jumped over a wall that was 1.2 metre high on one side. He was struck by a Taser and then fell over the other, which was a 1.8 metre drop.

Recently, home secretary, Priti Patel, announced that special constables will be given stun guns as part of new crime initiatives. However, the UK’s Amnesty International policing expert warned that ‘arming volunteer officers was a dangerous idea and would lead to more instances of misuse, serious harm and death from Tasers.’