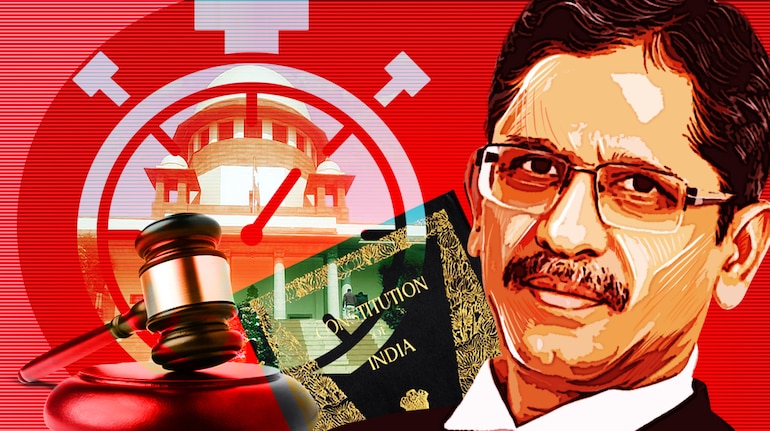 Justice shall be served (but when?)

A legal maxim often quoted in the legal fraternity says “Justice Delayed is Justice Denied”, and about this, the Chief Justice of India (CJI) NV Ramana recently quoted that “the government should do more than just mechanically allocate money to the judiciary”. The CJI was speaking on the platform of the National Seminar on Adjudication of Intellectual Property Rights in the presence of other dignitaries including the Finance Minister Mrs. Nirmala Sitharaman, where he flagged the lack of incentive for youngsters to join the judiciary, lack of infrastructure in the judiciary, along with shortage of judges in High Courts (HCs).

Speedy trial: A history of trial and error

However, even in India judicial decisions have tried to pave the way for speedy trials starting from 1979, when in the case Hussainara Khatoon v. Home Secretary, the State of Bihar the Supreme Court under a bench of the then Chief Justice P.N.Bhagwati pronounced “Right to Speedy Trial” as a fundamental right under Article 21 of the constitution, which guarantees the “Right to life” to everyone. In addition to this, the Supreme Court even tried to give guiding timelines which however collapsed with Supreme Court’s 2002 judgment P.Ramachandra Rao v. State of Karnataka stating that “rigid and strict timelines cannot be imposed in the system of justice as this turns the process of imparting justice more mechanical than human.”

Concerns of the Judiciary

The CJI also put forward that the government needs to act urgently not only to fill up the vacancies in High Court but also to increase the strength of judges in the respective High Courts to wipe out arrears and backlogs. The concern of the CJI has valid backing as the judicial burden of High Courts has piled up even more as the pandemic hit, given people found courts as a forum that could hold accountable the authorities. However, it is not only the high courts that require additional strength. The 245th Report of Law Commission of India paints a similar picture of the subordinate judiciary, where it has suggested a humongous number of judges are required to complete arrears and backlogs within the next 3 years. Both these facts point out the critical state of the Indian judiciary.

Furthermore, the CJI pointed out that the judicial infrastructure was just the ‘bare minimum’ and the betterment of infrastructure is also need of the hour. In addition to this, the CJI also flagged the lack and importance of youth in the judiciary as he said new ideologies, understandings, suggestions, and interpretations of law are required. With the rise of new fields in law such as Intellectual Property Rights (IPR). Competition law etc. and multifold increase in litigation in such areas, a young and flexible-minded judicial workforce is extremely important for faster, efficient, and intelligent disposal of trials.

The CJI has very rightly suggested incentivizing entry into the subordinate judiciary by providing better work conditions and smoothening of appointments into the upper judiciary in both lateral and promotive routes. Additionally, demand for the appointment of ad-hoc judges has also been on the table for a while now.

Similarly, the Law Commission via its 116th report had urged the formation of an All India Judicial Service (AIJS) for transparency in vacancy and recruitment of judges at all tiers of the judicial system. Furthermore, in its 229th report, the Law Commission suggested devolution of the central Supreme Court into four regional benches at Delhi, Chennai/Hyderabad, Kolkata, and Mumbai for dealing with appeals from High courts while the central bench remains committed to issues such as constitutional issues, intergovernmental issues, etc. The provision for which is provided in Article 130 of the constitution.

Concluding his speech at the seminar the CJI stated that he knew the government is committed to an upheaval of the judiciary and he was assured that all the concerns would be paid heed to.