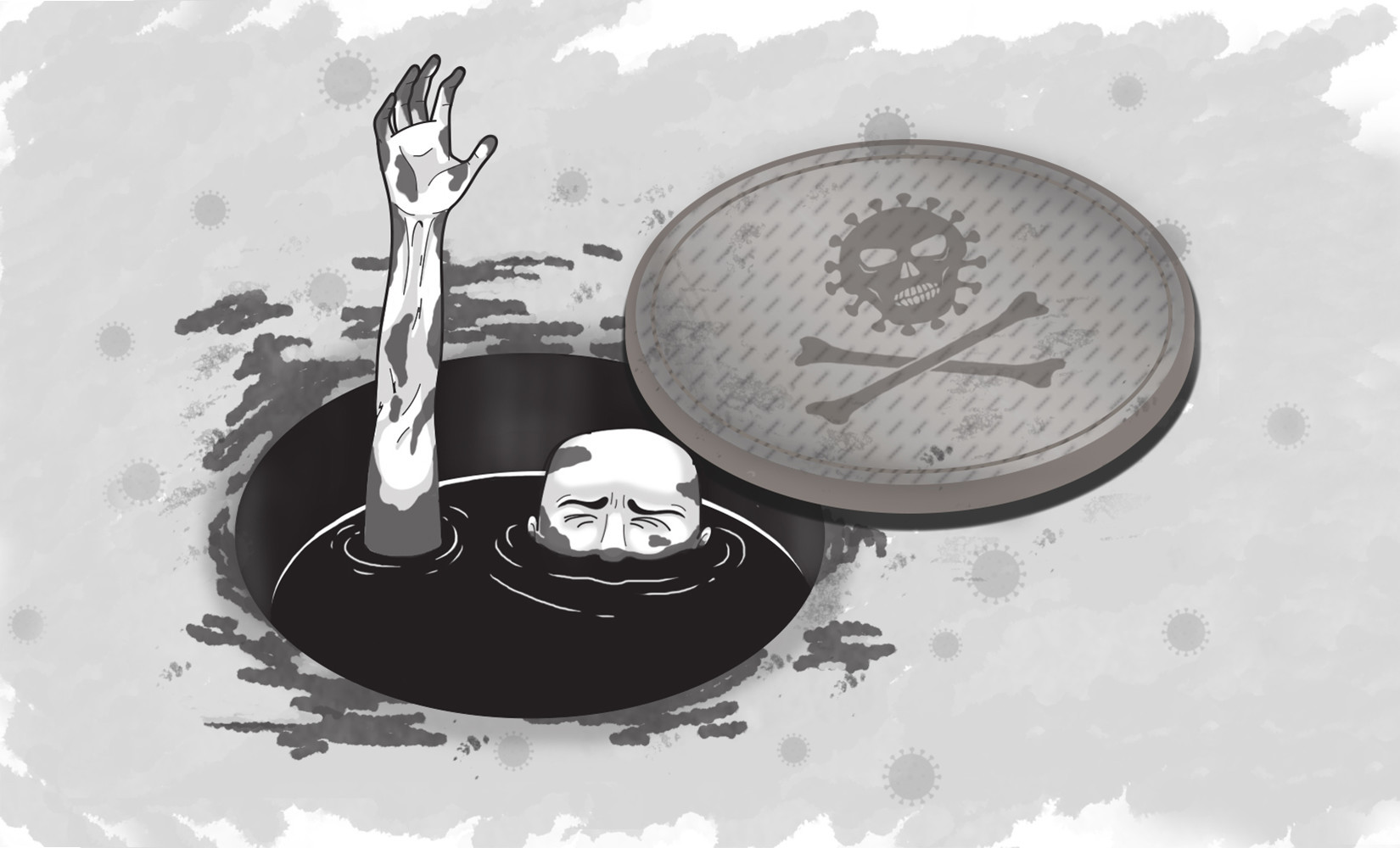 What comes to your mind when you think about the sewage system in India? The drainage system, water blockage because of heavy rainfall, roads clogged with water, and whatnot, but has there ever been a discussion over how the sewers are being cleaned? This has been a problematic issue over the past few years as no one has maneuvered its aftereffects. Many age-old practices have been adopted to clean sewers and Manual scavenging is one such ancient practice that is constantly being professed by people. Manual scavenging is an exercise of manually clearing, holding, disposing, or handling in any procedure, human excrement from arid latrines and tailors. It involves using a bucket, broom, or basket. Over the centuries our country has been struck by casteism employment where people were employed based on their castes. People of low caste were treated as untouchables which caused a compulsion over them to engage in petty employment for their survival. Manual scavenging is linked with this belief of laying caste in an occupation where the minorities are expected to work.

Even though the practice has been banned by the government, it persists in India because of unsanitary latrines where human waste has to be physically cleaned, instead of using machines or sewage systems. These unsanitary latrines are the ones that do not use water. A person’s caste has always been a handicap for his future, as in being engaged in the practice of manual scavenging, even if a person wants to leave this profession, their untouchability and uncleanliness and the resultant social stigma attached to it makes it impossible for them to opt for alternative jobs. An increase in urbanization has resulted in the requisition of manual scavengers for the cleaning of sewers and septic tanks. Caste has not only defined the choice of profession a person has to profess but whether that person will be able to hover education. Manual scavengers because of low education level and awareness of their rights and law are forced to immerse themselves in this profession at a very young age. In India, these workers are not given any safety equipment, which puts them under the threat of inflicting various kinds of diseases such as skin infections and asphyxiation (deprivation of oxygen) which are often fatal. Around 80% of sewage cleaners die before attaining the age of 60 due to contracting such diseases. Last year the authorities claimed that there were no deaths due to manual scavenging but they had accepted that 941 workers had died while cleaning septic tanks in the country.

Expedients, taken by the Government

Another measure that the government took was the reinforcement of the Prohibition of Employment as Manual Scavengers and their Rehabilitation Act, 2013. The Act provides that no person, local authority, or agency shall employ for the cleaning of sewers and septic tanks. It also provides for punishment for the violation of the Act.

In 2007, the government had also introduced the Self Employment Scheme for Rehabilitation of Manual Scavengers (SRMS) which aimed to rehabilitate remaining manual scavengers and their dependents in an alternative occupation in a time-bound manner.

The Supreme Court in a landmark judgment of Safai Karamchari Andolan v. Union of India [(2014) 11 SCC 224] stated that an award of compensation of Rs 10 lakhs will be given to the dependents of a sewage worker who died while cleaning sewage or septic tanks.

Alarmed by the rising number of deaths due to inhumane practice, former bureaucrat Abha Singh filed a petition. Devastated by the death of 3 sewage workers, she decided to come forward and assist the widows of the deceased workers. She urged that an RTI report should be provided for finding out the safety measures taken by the BMC.

The BMC replied that there have been no fatalities since 2014, which is patently false. Abha Singh argued that in the judgment of Safai Karamchari Andolan v. Union of India [(2014) 11 SCC 224] it has been mandated that Rs 10  lakhs should be awarded to the dependents of the deceased workers and despite this, no deceased manual scavenger has been paid with the compensation.

After a long fight, the Bombay High Court directed the government to ensure that this shameful practice should be stopped and the widows of three deceased workers would be compensated with Rs 10 lakhs each.

Though this battle might become a path-changing success for such workers it is just a matter of one state whereas the whole country needs this change. Manual scavenging though being banned by the government has still engraved its roots in the country. There have been uncountable deaths because of manual scavenging which went unnoticed and the dependents of these workers were forced to continue working as manual scavengers. People should be treated on humanitarian grounds and not on account of their castes. A person has a right to equality and so do these workers. The government needs to amp up its regulations to ban the practice and if not then proper safety measures should be provided.