Mary Jane Veloso and the Story of the Filipino Workers 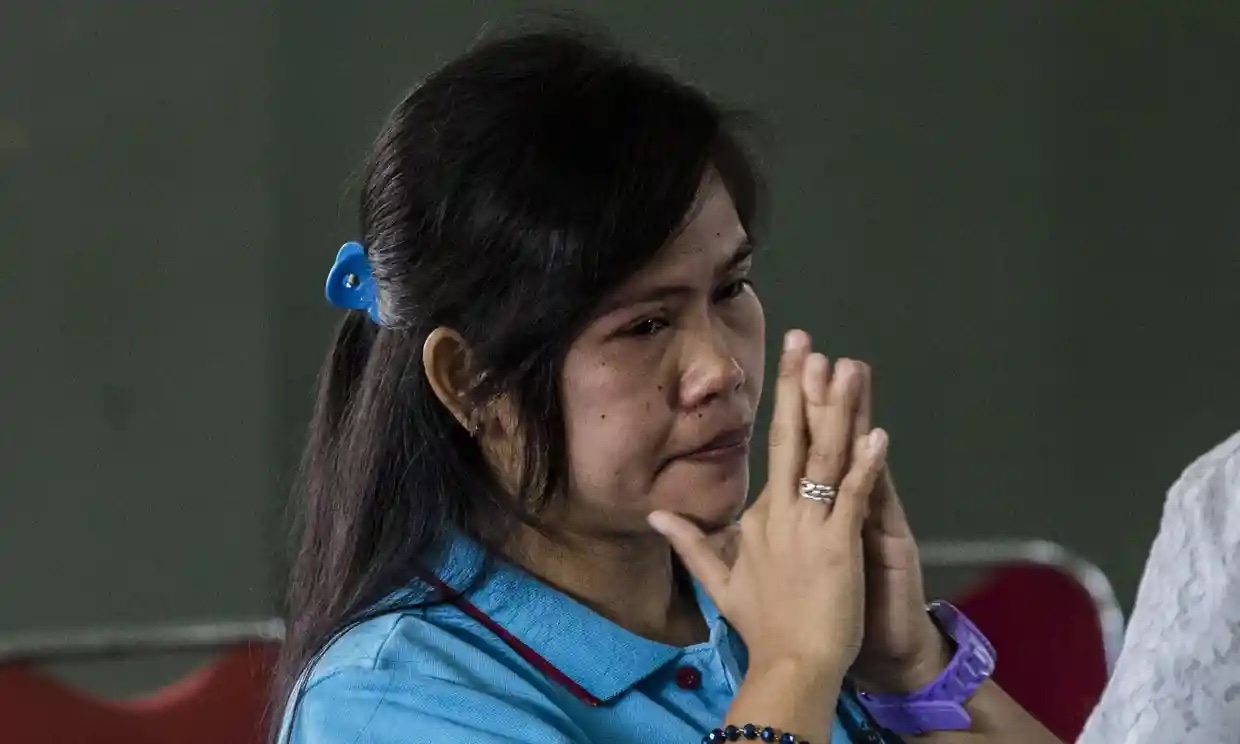 For over ten years, Mary Jane Veloso sits on death row in Indonesia for a drug charge she did not commit. Since then, her fate remains uncertain, yet her story of the "eleventh-hour miracle" and her plight as a migrant worker has captivated readers worldwide.

It started with a false promise

Veloso dropped out of high school and married at 16; a few years later, her husband left her and her two children without financial support. Veloso tried working in Dubai as a domestic worker but left after an attempted rape and returned home. A labor recruiter approached Veloso in April 2010 with an offer of a well-paying job with no education requirement in Malaysia (before rerouting to Indonesia). Since Veloso had packed her belongings in a small backpack, her recruiter offered her a bigger suitcase.

When Veloso arrived in Yogyakarta, she was met by Indonesian officials instead of her employer. The officials discovered five pounds (2.5 kg) of heroin inside the suitcase lining. Veloso claimed she didn't know the drugs were in the suitcase and was only in Indonesia for work.

Indonesia has a strict zero-tolerance policy regarding illegal drugs, so prosecutors argued she was a willing drug mule and gave her the maximum sentence: the death penalty.

Despite the petitions, phone calls, and prayer vigils, Veloso and eight other convicts from Australia, Brazil, Nigeria, and Indonesia faced execution by firing squad on April 28. 2015. According to Father Charles Burrows, a priest who counseled another convict, the guards on Nusa Kambanga broke down crying when Veloso said goodbye to her children, thinking it would be the final time.

The day before the execution occurred, Veloso’s recruiter, Maria Kristina Sergio, surrendered to the Philippine police. Then-Philippine President Beningo Aquino III broke protocol to make a last-minute phone to the Indonesian Foreign Minister Retno Marsuidi. The Philippine government needed Veloso's testimony as it "could shed light on how a criminal syndicate duped her into being an unwitting accomplice or courier in their human and drug trafficking activities,” Presidential spokesman Sonny Coloma said per the New York Times. Veloso was then granted a stay of execution.

“We were actually in the cells for the final moments when the word came. They took her out of the cell pretty quick,” Fr. Burrows told The Guardian. The other convicts were executed the following morning.

Veloso still resides in prison, her fate uncertain. Former president Rodrigo Duterte, known for his tough stance on illegal drugs and antidrug campaigns that drew criticisms from human rights groups, reportedly did not interfere with Veloso.

Recently, the current Philippine President Ferdinand Marcos Jr. made a state visit to Indonesia from September 4 to 6, 2022. Veloso’s parents and several activist groups urged the president to grant her clemency. In the days leading up to the visit, Press Secretary Trixie Cruz-Angeles remained tight-lipped and gave vague answers regarding the visit. “We proceed with deliberation if we proceed at all. So, I’m not saying that we’re proceeding with anything, but the president is aware of the issue. Beyond that, we cannot discuss,” she told the press.

Marcos met with Indonesian President Joko Widodo on September 5, 2022, and while the former did not elaborate on details, he described it as "very productive."

Her Story is Their Story

Veloso's story resonated with many Filipinos who understand the plight of leaving families and homes to make a better way of life. 1.77 million overseas Filipino workers (OFWs) seek opportunities abroad and send money back home (59.6% of them are women). Their wages support their families' welfare, housing, health, and education. According to the Philippine Statistics Authority, the total remittance between April to September 2020 was Php 211.9 billion (€3.7billion).

But some of these opportunities are stories of abuse. There are reports of employers withholding passports and enforcing physical, mental, and sexual abuse on these workers. “Like Mary Jane, Filipino migrant workers are victims of their own government. Despite keeping the economy afloat through their remittances, they remain ignored and neglected,” said Gabriela  Secretary General Joms Salvador back in 2016 said “Mary Jane is a victim of the labor export policy, she is a victim of trafficking, she is a victim of the government’s lack of compassion for our countrymen.”

Veloso's story struck a chord among not only Filipinos but also Indonesians. “The Mary Jane Veloso narrative as a foreign worker being duped hits very close to home,” Indonesian political analyst Yohanes Sulaiman told the Guardian. “So, without considering her evidence is kind of, you know, similar to the plight of Indonesian workers in Saudi Arabia.”

The OFW has often been recognized as the "modern day hero" of the Philippines but has yet to receive treatment. Until then, Veloso still sits on death row.