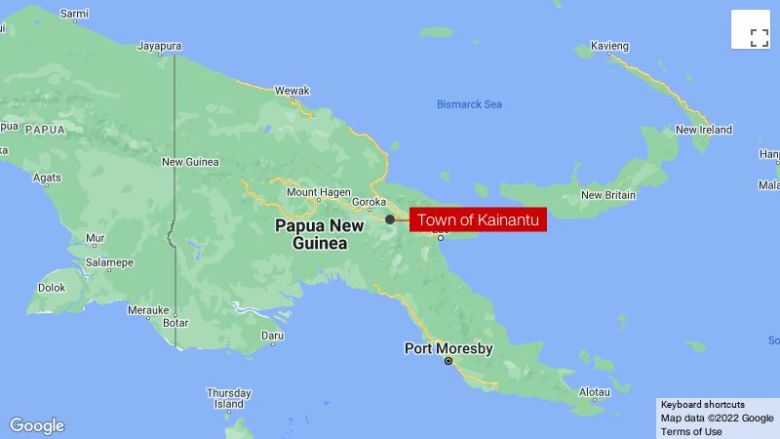 A magnitude 7.6 earthquake hit Papua New Guinea on Sunday 11th at around 9:46 am local time, leaving citizens rattled and causing landslides and property damage. The full extent of the damage, however, remains unclear with new issues being reported. There have varied reports on the number of people declared dead and multiple confirmations of damage caused alongside the interruption to local life.

The earthquake hit the region of Kainantu, 80km northwest of Lae, and was felt some 500km away in the capital of Port Moresby. The residents of Papua New Guinea are used to tremors since the region sits on the ring of fire, an area where seismic activity is common,  but none to this degree. Luckily, there is no danger of a tsunami after the earthquake as a warning by the U.S National Tsunami Centre was flagged down when seismic and wave activity was measured.

Renagi Ravu, a local geologist, was meeting two colleagues when the earthquake struck. He and the 10,000 others living in the town just 66 kilometres from the quake’s epicentre were rattled by the effect of the quake. Ravu noted that “It’s a common thing that earthquakes are felt here, but it usually doesn’t last as long and is not as violent”. The shaking continued for around two minutes and caused burst pipes to Ravu’s property, which was not the only one to suffer. Homes have been split and universities have had windows broken but most unfortunately the regional power grid, as well as internet cables and the highways are damaged as well. Residents are taking to social media with their eye-witness reports of cracked roads and items falling off supermarket shelves.

A local member of parliament reported that at least two people died in villages, ‘there has been widespread damages’ she states, as people’s homes have been engulfed by landslides or split in half. One person has been reported dead in a landslide in Rai Coast, Madang, and three others are buried under debris in Wau. It is difficult to assess the damages due to the limited communications in the areas affected, little government resources such as paved roads have also made rescue efforts difficult. However, local aviation companies persist, offering help where they can. Nellie Pumai of Manolos Aviation noyed that ‘It’s very difficult, the terrain, the weather. It’s challenging.’

The damage of this earthquake is less than that of the 2018 earthquake which took the lives of 126 people. However, the nation's leader James Marape urged the people to be cautious.

A Look At The Yukon To Yellowstone (Y2Y) Initiative