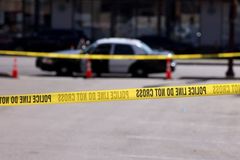 On Saturday night, residents witnessed a shooting while attending a Lunar New Year celebration at a local venue in Monterey Park, California. When celebrating big occasions with close friends and family, one expects to enjoy the happiest moments of their life with the people they love most. Especially for residents in the Los Angeles area, in a city well known for famous living celebrities and west coast entrepreneurs who enjoy sharing their talent with other cultures and their fans at music festivities. This includes the Asian American culture that celebrates the annual “Chinese New Year” every year in mid-January on the east coast of the city. Rather than having fun at the biggest celebration for the community to enjoy, the unthinkable was yet to happen.

On Saturday evening, people scattered to stay undercover from harm’s way in a local ballroom in the county of Monterey Park. According to the Los Angeles police department, they informed the public that the shooter fled from the scene, yet those witnessing the shooting gave different descriptions of what the shooter appeared to be. This caused authorities to have a difficult time identifying the suspect and locating him around the area. L.A. County Sheriff Robert Luna claimed the suspect as an elderly 72-year-old Asian-American man, Huu Can Tran, “armed and dangerous.” Authorities believe more than one person could have caused this after injuring 10 individuals. Over a few years, gun violence has risen after the U.S. congress passed new laws allowing Americans to carry an armed weapon without a license. In present-day America, incidents like these happen more frequently in public areas and schools.

In the Asian-American community, celebrating the Lunar New Year is a long-time tradition admired by many American families and of other nationalities as well. In moments like these, it is rare to witness such a bad memory in a large group of people. According to CNN news, they stated that authorities arrived at the scene leading to a 911 call in the area. Luna admired people in the community for fighting their way against the shooter naming them “heroes” when the situation could have been worse. Most of these shootings occur for different reasons depending on the shooter’s motive. Many think of the incident as a hate crime that the suspect may have with someone before the occasion.

In summary, one should be vigilant around their surroundings, including in large crowds, in the workplace and at schools. The Lunar Year is celebrated the third weekend of every January as a 2-day celebration. Many residents in Monterey Park County and the Asian American and Pacific Islander Association, or AAPI, announced canceling Lunar year festivities for the rest of the weekend. Los Angeles police claim the suspect was hard to locate after fleeing the scene. Authorities profound the suspect as deceased and unresponsive in a black van the next day as they continue searching on the investigation.