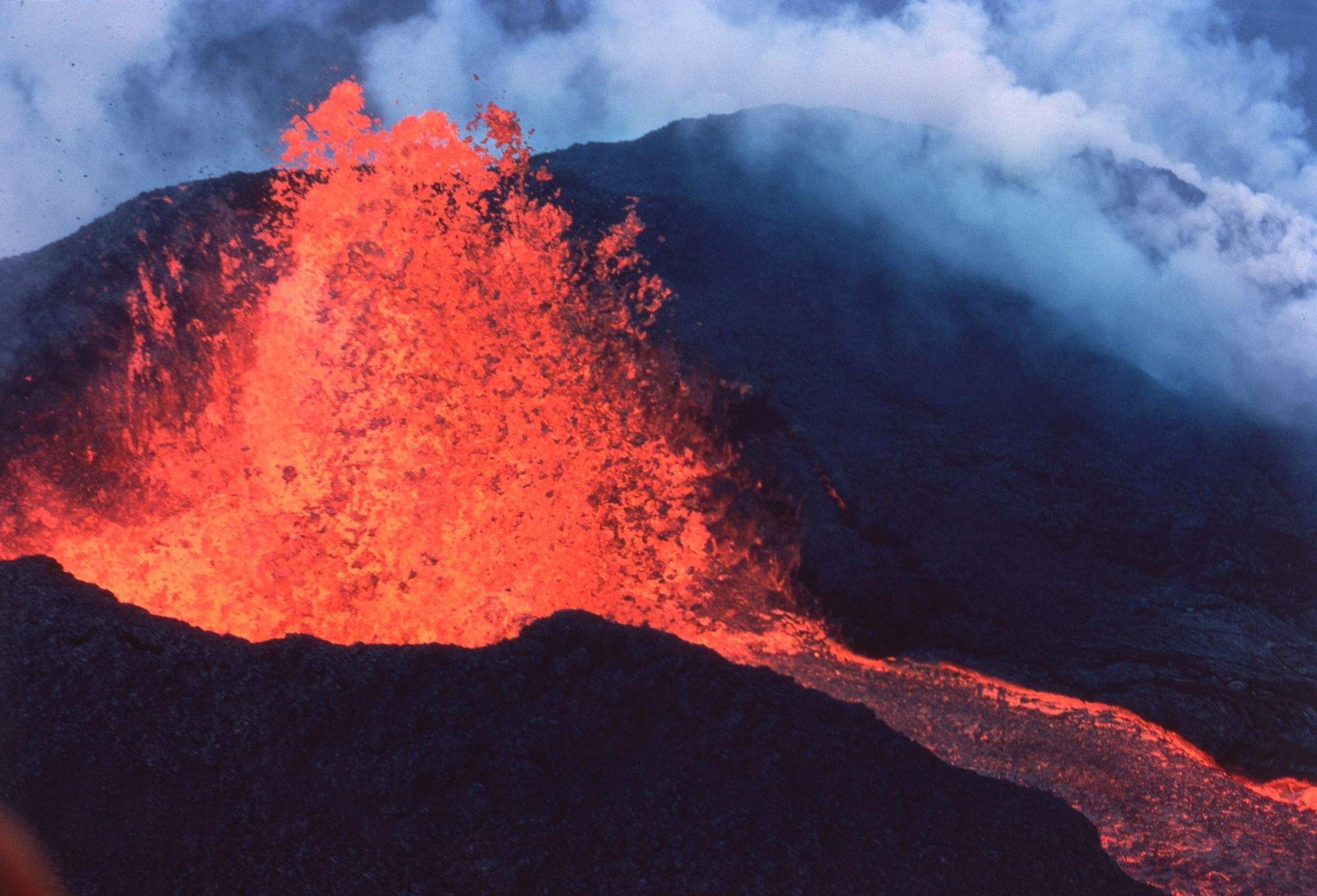 Mauna Loa means "Large Mountain" and covers half of the Big Island and is larger than the rest of the Hawaiian Islands combined. Therefore, it is considered the largest volcano in the world in volume. This Monday, November 28, Mauna Loa erupted for the first time since 1984, spitting out flame and ashes in an incredible display of fury.

Lava flows down the side of the volcano at a temperature of 1,000°C. Volcanologists maintain that this does not pose a significant threat to the local inhabitants. However, they warn that the volcano is volatile, so care must be taken as it has very dynamic changes. Flows of molten lava have been seen at the top of Mauna Loa, one of the five volcanoes in Hawaii Volcanoes National Park, and a plume of smoke and steam atop the Big Island.

Mauna Loa has accumulated pressure for many years, according to the United States Geological Survey (USGS), which has reported that the eruption was observable from Kona, a town located in Hawaii County, in the North Kona District of the Island of Hawaii, about 72 kilometers away.

The eruption began around midnight on Sunday, and the lava was initially contained within the caldera, the concave area at the top of the volcano. Still, experts said Monday that lava was beginning to pour out of fissures and cracks in the volcano. Sides. "The Mauna Loa eruption moved from the top to the Northeast Fault Zone, where several lava flows are passing through the fissures," the geological survey said on its website.

In addition, specialists warn that the winds can drag fine ash, volcanic gas, and strands of basaltic glass identified as Pele's hair. The latter was named after Pele, the goddess of volcanoes in Hawaii. They represent the danger of hurting the skin and eyes. The current eruption at Mauna Loa is allowing a new generation of scientists to study and analyze how the largest volcano on earthworks.

Is the Mauna Loa eruption dangerous?

Unlike other volcanoes, Mauna Loa generally does not generate genuinely explosive eruptions, in which lava is shot into the air along with ash and gas plumes. However, residents may be more exposed to the gases emitted by this volcano. Lastly, Hawaii's health authorities believe the air quality remains good but could worsen at some point. If so, the population should avoid outdoor activities and stay indoors with windows and doors.

The experts indicated that Mauna Loa is the largest active volcano in the world, which is why they are following its eruptive process.