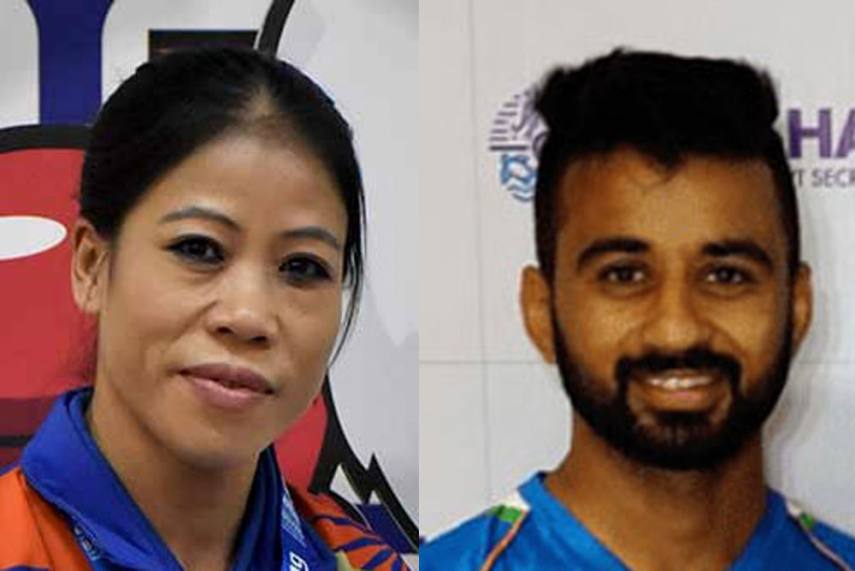 With the Tokyo Olympics starting in a month, The Indian Olympic Association on the 5th of July announced the Flag bearers of the Indian Contingent. The Olympics at Tokyo initially was to be held last year but was postponed due to the Covid-19 Pandemic. The largest International Sporting Competition, the Olympics would be held this year from July 23rd to August 8th.

The Indian Contingent would comprise a total of 126 Athletes and 75 Officials competing in more than 10 Sports. With the total strength of the Indian Contingent of more than 200, the team consists of 56 Percent of Men and 44 Percent of Women. With around 76 Quota Places and 85 Medal Positions available for Grabs, All the Indian Athletes would be vying their best to gain Podium Finishes.

On the 5th of July, the Indian Olympic Association (IOA) Chief Narinder Batra in an official letter announced that 6 times World Boxing Champion, MC Mary Kom, and the Captain of the Men’s Hockey Team Manpreet Singh would be the Indian Flag bearers at the Opening Ceremony. In addition to that, Asian and Commonwealth Games Gold Medallist Bajrang Punia would be the Flag bearer at the Closing Ceremony.

This would be The 1st Time that India would have 2 Flag Bearers: One Male and the other Female in the Olympic Games. This decision was taken in retrospect and to ensure Gender Equality and Diversity. The IOA also had communicated this decision to the Organising Committee of the Olympic Games.

Manpreet Singh talked about the distinction while also conveying the huge pleasure to be the flag bearer alongside the incredible Mary Kom. He further went on to articulate how he was inspired by Mary Kom’s journey in the Boxing Arena. Adding on to that, He said that this is a big moment in his career and for Hockey. He further thanked the IOA “I thank the Indian Olympic Association for this great opportunity, and I am looking forward to the responsibility at the Opening Ceremony in Tokyo”.

While Mary Kom talked about the pressure of expectance and her ways of handling it, she said that it is highly important to perform well and that she is working hard with a focus on every aspect of the Games. Bajrang Punia also the Silver Medallist at the 2018 World Wrestling Championships reacted to this moment with Great honor.

With Mary Kom and Manpreet Singh succeeding Olympic Gold medallist Abhinav Bindra in 2016, this decision was also taken given the provisions that the International Olympic Committee (IOC) made last year. The IOC Executive Board with the leadership of the IOC Chairman, Thomas Bach had made provisions that for the 1st time ever at least one Female and One Male athlete should be the flag bearer for every one of the total nation’s participating along with the IOC Refugee Olympic team.

Can The Athletes' Village Keep Out Covid?: Tokyo Olympics 2021