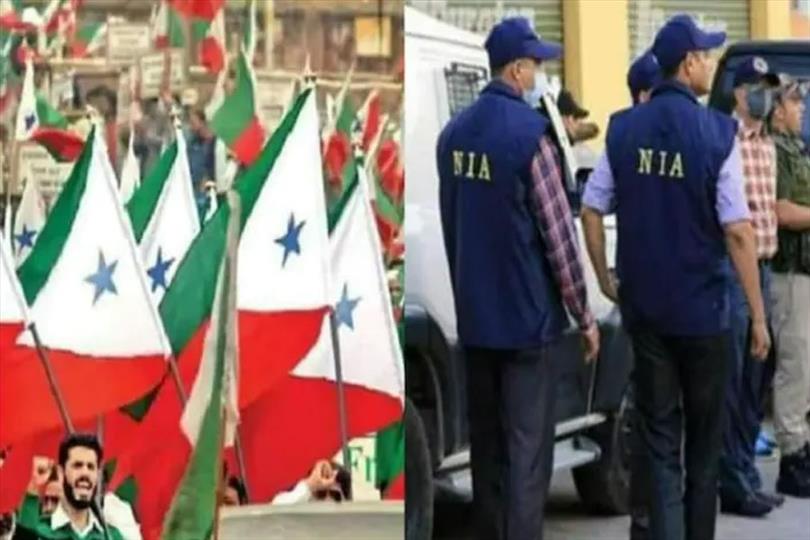 In a nationwide swoop conducted on Tuesday by NIA at locations connected to PFI in numerous states, including Uttar Pradesh, Kerala, Andhra Pradesh, Telangana, Karnataka, and Tamil Nadu, more than 100 top PFI leaders and officials were detained.

Today the verdict has been indicted, and with immediate effect, for five years, the Indian government has proclaimed the Popular Front of India, together with any of its affiliates or fronts, have been deemed criminal organizations.

The Spokesperson of the Ministry of Home Affairs shared the notification on Twitter, citing multitudes of offenses detrimental to India's sovereignty, security, and integrity. Including financing terrorism, targeting gruesome killings, disregarding the Constitutional setup of India, disturbing public order, etc.

The authority granted by subsection (1) of section 3 of the Unlawful Activities (Prevention) Act, 1967 (37 of 1967), the Central Government at this moment declares the Popular Front of India (PFI) and its affiliated or fronts, such as the Rehab India Foundation, Campus Front of India, All India Imams Council, National Confederation of Human Rights Organization, National Women's Front, Junior Front, Empower India Foundation, and Rehab Foundation, Kerala as a criminal organization.

According to the notification, the PFI continues provocative actions, upsetting public order, and supporting a terror-based regressive regime. Therefore, the government believes there is no quick way to stop or regulate illegal activities.

It stated that there had been several cases of PFI having connections with foreign terrorist organizations. For example, some of its members had joined the Islamic State of Iraq and Syria and taken part in terrorist acts in Syria, Iraq, and Afghanistan.

PFI has committed violent crimes, including the amputation of a college professor's limb, the cold-blooded murder of people affiliated with organizations that support different religions, the acquisition of explosives to target well-known individuals and locations, and the destruction of public property, showing little regard for the Constitution and of the law authorities our democratic nation does.

Serious concerns have been expressed by all citizens and the government due to the numerous affiliates engaged and the substantial financial support of anti-nationalists underpinning PFI. One can only conjecture as to why they did it.