Michiyo Tsujimura, honored by Google Doodle on her birth anniversary 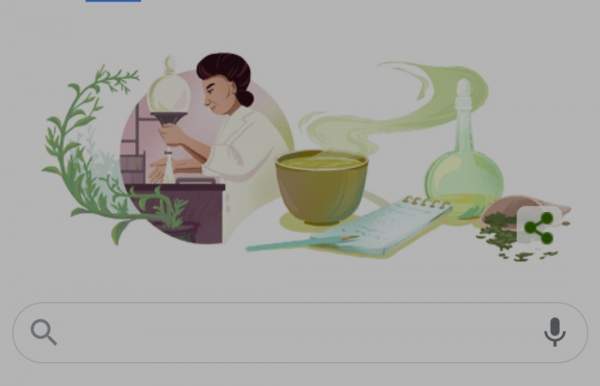 On the auspicious occasion of the 133rd birthday, Google Doodle honors Japanese academic and scientist Michiyo Tsujimura, who has shared a glimpse of her path in a dedicated post. Tsujimura is well-known for her pioneering work on the nutritional advantages of green tea.

If you appreciate green tea, you undoubtedly know that inundating it for too long will result in a harsh flavor. You may thank Tsujimura for that information.

The investigation discovered that green tea contained a high quantity of Vitamin C, the first chemical component discovered in it. Tsujimura may be seen in the Google Doodle working on scientific experiments using tea components. Tsujimara was also able to isolate the components that give green tea its bitter flavor.

Tsujimara was born in Okegawa, Saitama Prefecture, Japan, and became the country's first female agricultural doctor in 1932 with her doctoral thesis, "On the Chemical Components of Green Tea," based on her years of study, which increased green tea exports to North America. It is worth noting that she was not well recognized as a female scientist during her career. Her breakthrough came in 1924. She was overseen by another remarkable female scientist, biologist Kono Yasui, the first Japanese woman to receive a Ph.D. in science.

She spent the first several years of her career teaching science. In 1920, she began investigating the nutritional properties of Japanese silkworms as a scientific researcher at Hokkaido Imperial University.

Tsujimara then traveled to Tokyo Imperial University to collaborate with Umetaro Suzuki on green tea biochemistry research. According to their collaborative study, green tea contains high levels of Vitamin C. In 1929, she was able to separate a bitter component of tea known as catechin, and she was later able to isolate an even bitter chemical tannin. In 1934, she deserted gallocatechin from green tea and obtained a patent for her procedure of collecting Vitamin C crystals from plants in 1935. Tsujimara was elected as the first Dean of the Faculty of Home Economics at Tokyo Women's Higher Normal School in 1950.

On June 1, 1969, Tsujimura passed away at the age of 80, in Toyohashi. Okegawa City, where she was born, has a stone plaque in her honor.