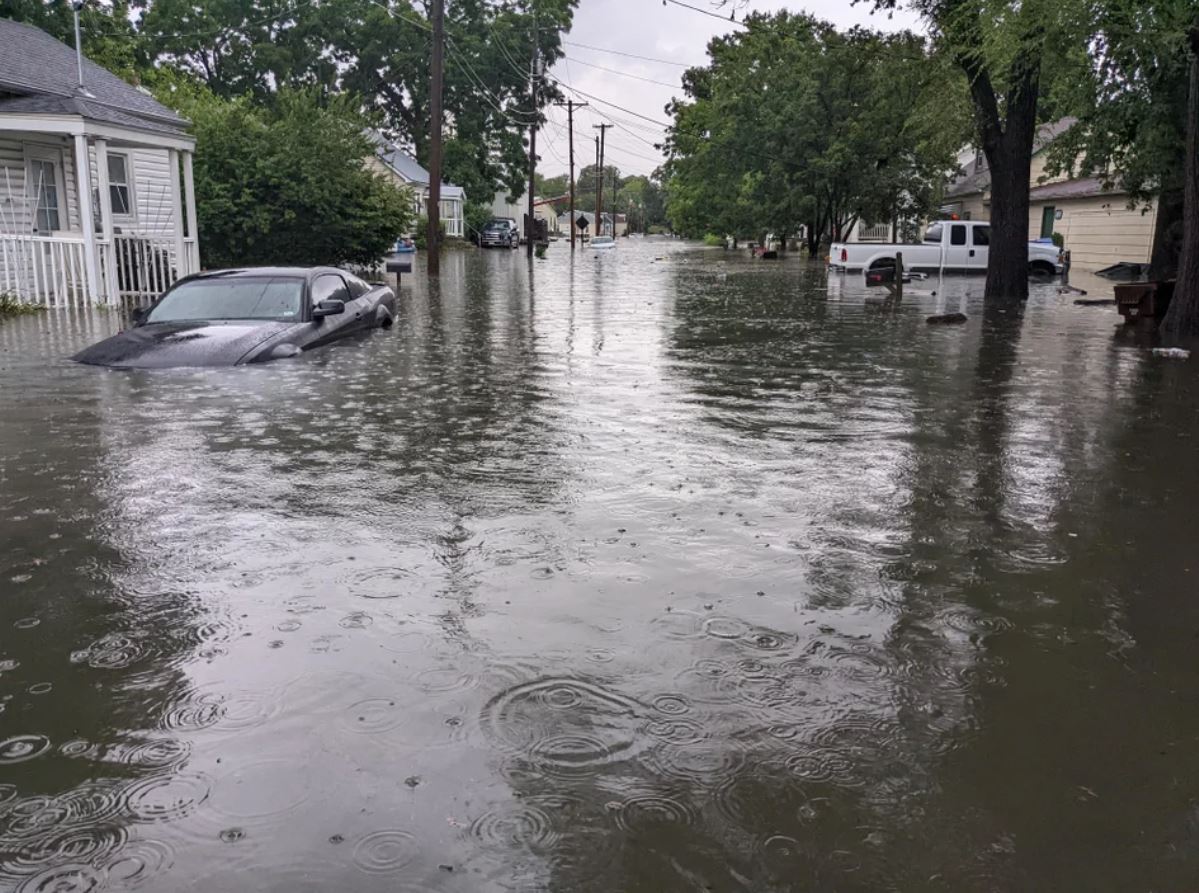 As record rainfall hit Missouri on Tuesday, widespread flash flood warnings were issued for St Louis and other parts of the state. According to NPR, Missouri hasn't seen this much rain for approximately 100 years. It was reported that flooding began five hours into the rain- around 10-12 inches of rain poured as several roads, and four major highways were closed due to the heavy rain, including transportation such as trains as well. Up to a foot of rain soaked the streets. Many fled their homes, becoming stranded in their cars on their neighbourhood streets. A rainfall so powerful it reportedly left many homes caved in roofs, as reported by the NYTimes.

The life-threatening deluge swarmed roadways, houses, and railway stations in what's known as the '100-year flood plain'. Three major floods have occurred in St. Louis since 2015, at least two of which were about 1-in-100-year events.

Since Tuesday, there has only been one reported death from the flood. In a news conference, the chief of the St Louis fire department stated that the victim was pulled out of their vehicle. The area where he had been found was submerged under about 8.5 inches of water. Firefighters had saved about 70 residents in total. The chief also reported a total of about 14-15 houses that suffered significant flooding.

In the conference, he stated, “We’ve had a tremendous amount of cars that have been door-deep and also roof-deep in some of these low-lying areas.” The governor of Missouri has issued a state of emergency, working with local officials to handle the matter. People were advised not to travel and to try to stay where they were.

This flood-inducing rainfall is interesting considering that just days before the environmental catastrophe, the river providing water for St Louis was considered “bone-dry,” and there was a fear of drought. This is just one of many environmental collapses that have happened in recent weeks.

This summer has seen extreme weather events across the US, with some regions suffering floods and others experiencing heatwaves, as well as reports of wildfires happening all throughout California and wine country. As a result of the climate crisis, these events are becoming more frequent and more severe. It is predicted that there may very well be more flooding on the way. And more flooding could also mean significantly more problems in our environment.