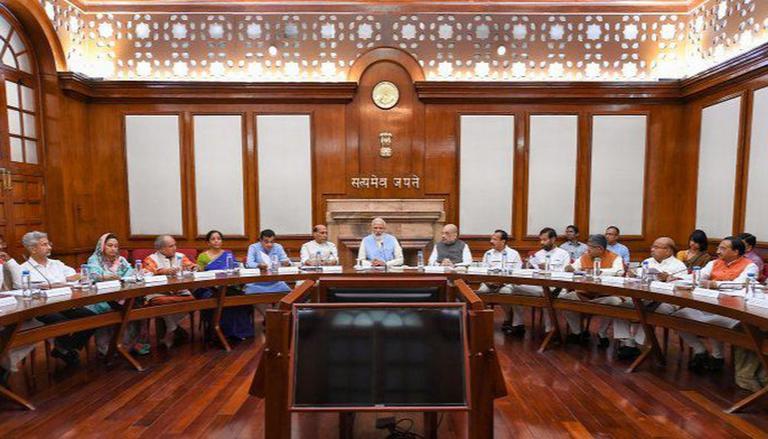 Prime Minister Narendra Modi's cabinet reshuffle on July 7, Wednesday. It is the first reshuffle in his second term since the 2019 election victory. It will bring mega changes with an eye on political and administrative challenges, in addition to the upcoming elections ahead. PM Modi is finally all set to reshuffle his Council of Ministers. Moreover, according to the top government officials, the new cabinet of the Modi government will be the youngest cabinet ever in India's history.

The Modi-led union cabinet may include BJP leaders Jyotiraditya Scindia, Sarbananda Sonowal and Narayan Rane. They all are being seen as frontrunners and probable for induction as ministers. They arrived in the national capital Delhi on July 6, Tuesday and reached Prime Minister Modi's official residence today for the reshuffle meeting.

According to the government bureaucrats, the average age in the cabinet will be the lowest ever in India's history after the reshuffle. Also, there will be more women ministers and representatives, and special representation will be handed over to those who have administrative experience. They further stated that around two dozen OBCs (Other Backward Class) will be introduced and represented in the Union Cabinet. PM Modi plans to involve smaller communities.

The press release from the Cabinet Secretariat mentioned that this ministry will provide a separate legal, administrative and policy framework for strengthening the cooperative movement in the country. It would help to deepen cooperatives as a true people-based movement reaching up to the grassroots.

There is a buzz that PM Modi may go for new faces and will include seven PhDs, six doctors, thirteen lawyers, seven civil servants, three MBAs, five engineers, ministers with post-graduate degrees, and professionals in the reshuffled Union Cabinet to bring up the maximum education level. The top government officials also said that the revamp of the cabinet will focus on regions within the states, with keeping an eye on polls in five states next year and the national election in 2024.

A cooperative-based economic development model is pertinent to India, with each member of the cabinet working with a spirit of responsibility. The Modi government decided to set up a new Ministry of Cooperation which follows the commitment of Finance Minister Nirmala Sitaraman mentioned in her Budget speech this year.

Before the reshuffle in the cabinet, Thawarchand Gehlot, Union Social Justice Minister was promoted as Karnataka Governor and several other governors were transferred on July 6, Tuesday. Thawarchand Gehlots exit leaves the Rajya Sabha and government vacant. The vacancy opens up opportunities for recent defectors like Dinesh Trivedi who joined BJP from Trinamool Congress (TMC) and Jitin Prasad, an ex-congressman.

This revamp exercise will have a  vision of the elections in Uttar Pradesh, Himachal Pradesh, Manipur, Goa, Uttrakhand, and Gujarat next year. The reshuffle will try to accommodate representatives from as many states as possible as well as sub-regions in larger states such as Purvanchal and the Konkan and western regions in Maharashtra and Bundelkhand in Uttar Pradesh. The Modi-led Union Cabinet, which can have 81 members in total but the cabinet currently has 52 ministers. This means 29 ministers can be added to the Union Cabinet.