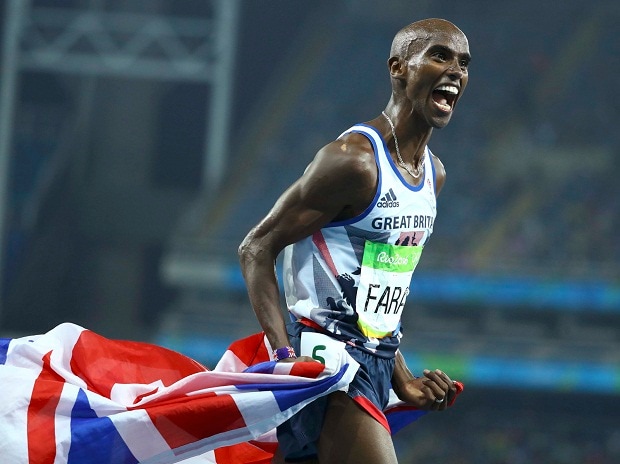 “Most people know me as Mo Farah, but it’s not my name and it’s not the reality.”

In the BBC documentary, The Real Mo Farah, airing Wednesday, Olympic champion Sir Mo Farah revealed the truth surrounding his origins. Whilst in the past Farah has claimed that he left Somali for a better life in London with his family, he now admits that his family have never been to the UK and that instead, he was taken from his mother and siblings aged nine to work for a family to whom he had no relation.

“If I wanted food in my mouth, my job was to look after those kids.” Mo Farah explains in his new documentary.

His birth name was Hussein Abdi Kahin and his father, Abdi, died when Farah was four years old due to civil violence. After the death of his father, Farah and his twin brother Hassan lived with their uncle for safety. During that time, a mysterious woman would visit the house to observe him, and eventually told him of her plans to him move to Europe to stay with other family members.

In the documentary, Farah shows the visa he used to enter the UK. The visa showed his passport photograph but used a name that didn’t belong to him. That name was ‘Mohamed Farah.’ Once Farah made it to London, his older female companion took the piece of paper containing his family’s contact information and ripped it up.

“At that moment, I knew I was in trouble,” he shared, emotionally.

When Farah was twelve, he was enrolled at Feltham Community College and was described as “unkempt and uncared for” by his former tutor, Sarah Rennie. Alan Watkinson, Farah’s PE teacher, became his saving grace. Farah excelled in athletics and formed a close relationship with Watkinson, eventually disclosing the truth behind his origins and his current situation. Watkinson then contacted social services, enabling Farah to be fostered by a Somali family. He also assisted Farah in applying for British citizenship under Mohamed Farah. Farah was granted citizenship in July 2000, aged seventeen.

Farah has had an extensive athletic career. He is a four-time Olympic champion after winning gold in both the 2012 and 2016 Olympics while competing for Great Britain. He has become the most successful British track athlete in Olympic history and for his contributions, he was honoured with knighthood in 2017.

Farah attests that his children were his motivation for sharing his past traumatic experience with trafficking.

“I’ve been keeping it for so long, it’s been difficult because you don’t want to face it.”

Farah hopes that by sharing his story, he can raise public awareness of the issues surrounding trafficking and slavery.

“I had no idea there was so many people going through exactly the same thing that I did.”

Since the news broke out, there have been several responses. Chancellor Nadhim Zahawi, who fled Iraq as a child, offered words of support to Farah.

“I salute Mo Farah. What an amazing human being, to have gone through that trauma in childhood, to come through it, and be such a great role model.”

Online advocacy personality, Amina Aweis also tweeted words of encouragement about Farah’s situation: “Mo Farah breaking his story given the current climate around immigrants is such an impactful way of leveraging his voice. So many people don’t realise how hostile U.K. immigration systems truly are.”

Aweis may be referring to the recent controversy surrounding Home Secretary Priti Patel and her plans for the Nationality and Borders Bill. The bill would implement rules affecting immigrants’ protection whilst in the UK. Depending on their arrival, they could be left without access to financial support, be given temporary status, and be turned away from the UK at a Border Force officer’s instruction. Whilst the asylum seekers wait for a decision on their status, Patel would have them held in surveillance facilities offshore. The United Nations High Commissioner for Refugees has warned that the bill could “dramatically weaken” international systems in place to protect those fleeing war and seeking safety.

In the documentary, Farah discloses that he is worried about his immigration status after admitting he entered the country under false pretences. However, a Home Office representation has confirmed that “no action whatsoever will be taken against Sir Mo.”

Farah also says that he will continue to use the name given to him when he entered the country.

The Real Mo Farah documentary will air Wednesday 12th July on BBC One at 21:00.