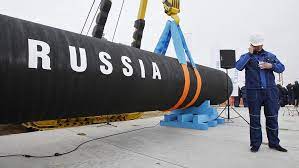 Moscow’s state-controlled energy agency Gazprom has announced it is cutting off supplies to both Poland and Bulgaria.

President Vladimir Putin has demanded that countries start paying for gas in Russian currency rubles.  No country has accepted it.  Germany is also heavily dependent on Russian gas and its largest importer.  The German government has not yet accepted the demand.

Polish Prime Minister Mateusz Morawiecki countered  Moscow’s order by saying, “As I have said many times, Poland is ready to diversify its gas supply and to get gas from different sources.  We will be able to protect our economy, our families and our vote. “

Jan Palokat, a journalist and correspondent for the German state broadcaster ARD in Warsaw, believes that Poland has enough in the energy sector.  According to official data, two-thirds of the country’s gas reserves have been filled.  The end of the cold season will reduce the need for energy, as heating will become unnecessary.  Poland has additionally created an alternative route for liquefied natural gas in the Baltic Sea, which will start supplying Norwegian gas in early October.

Poland is predicted to be sustainable, although its costly approach necessitates raising capital to acquire LNG (liquefied natural gas) Norwegian gas.  Economic investment in northern gas will eventually lead to higher inflation, and Poland, like many other European countries, is already suffering from high inflation.

So far, no European country has accepted Russia’s terms for a power exchange for the Russian ruble.  Less developed countries, such as Austria and Hungary, are predicted to have difficulties with Germany, with lower deposits and negligible alternative routes.

The Jamal Pipeline, which runs through Poland and ends in Germany, is not Russia’s leading distribution route.  If Russia cuts off its main pipelines, such as the Nord Stream and routes through Ukraine, gas supply deficits will greatly challenge European interdependence and integration, as the EU’s gas routes are largely interconnected.

German Vice Chancellor and Federal Minister for Economic Affairs and Climate Action Robert Herbeck has promised to help Poland, but fewer German gas reserves are proving Mr Herbeck’s promise unrealistic.  However, the rivers of Poland, Poland and Germany can supply gas to Germany using refineries and diversions along the border.  According to Jean-Palokat, a German minister in Warsaw tried to use German national oil reserves, “if refineries and fragments at the border fail.”  This particular refinery is currently using Russian oil and seems to be an obstacle to the imposition of a complete oil embargo on Poland.

Poland does not want to extend its existing gas deal with Russia, which expires later this year.  Before Putin made his strategic political demands, the Polish government was already looking for alternatives to prevent further reliance on Russian gas.