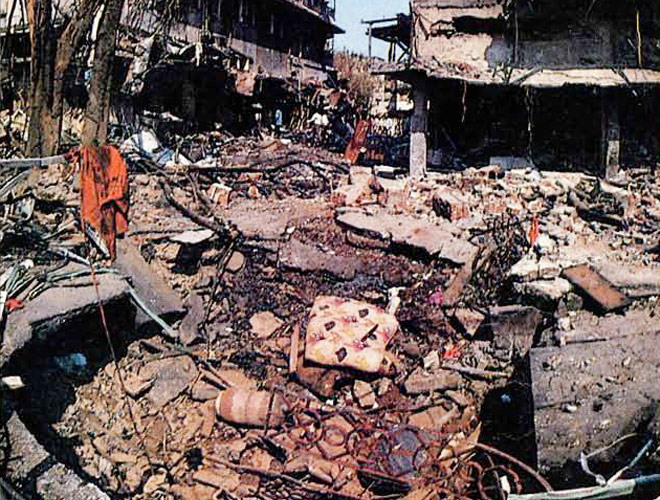 Abu Bakr Abdul Gafhoor Shaikh, one of the terrorists involved in the 1993 Mumbai serial bomb blast, was caught in the United Arab Emirates (UAE). As he was known to Dawood Ibrahim, Abu Bakr is a leading member of the underworld wanted for 29 years.

Abu Bakr was charged with a "Red Corner Notice" in 1997 (Latest Breaking News from the Mumbai Blast, 1993) and was imprisoned in 2019. However, due to some irregularities in paperwork, he was permitted to be in the UAE at the time. On the brighter side, he was caught again recently. Sources informed that Abu was examined based on the information supplied by Indian officials; the extradition procedure is ongoing, and he will be deported to India immediately.

Abu Bakr, Mohammed, and Mustafa Dosa were all involved in the smuggling business and were also key lieutenants of Dawood Ibrahim. Smuggled goods from the Gulf countries include gold, clothes, and technology. The group used to search the network for commodities to be transported to Mumbai and other regions.

Abdul Bakr has lived in Pakistan as well as in the other Gulf States. With the help of evidence, it was proved that he received arms and bomb-making training in Pakistan-occupied Kashmir.

During the terrorist attack in the year 1993, the city of Mumbai and its people were extremely exhausted. The bomb was planted at 12 different locations around Mumbai, resulting in 257 deaths and 713 injuries during the bomb blast. As per reports, all the planning took place at the most wanted criminal and terrorist, Dawood Ibrahim’s residence, along with Yakub Memon and Tiger Memon.

On March 21, 2013, the Supreme Court issued a decision confirming Yakub Memon's death sentence for planning, funding, training, and buying cars used in the terror attacks, but reducing the earlier death judgments against ten others to life imprisonment.

It is said that Yakub also expressed to the guard his final wish to see his daughter, saying, "I would like to meet my daughter." On July 23, he last saw his wife, Raheen, and Zubeida in the jail, and on July 30, the Maharashtra government refused to entertain their petition. Yakub Abdul Razzaq Memon was hanged in the Central Jail in Nagpur.

However, Dawood Ibrahim and Tiger Memon, who remain the major suspects, have yet to be arrested by the cops.

On the other hand, Pakistan claims that Dawood Ibrahim was never a resident of the country even after repeated claims by India stating otherwise. Tiger Memon, who was primarily involved in heroin smuggling, goes under the radar of security agents. According to an intelligence report, 61-year-old Memon asked for help from Dawood Ibrahim to pull out of the serial bomb blasts in Mumbai.

While Dawood Ibrahim's actual residence in Karachi has been tracked down, Tiger Memon is almost unknown, undetectable, and extremely difficult to track.