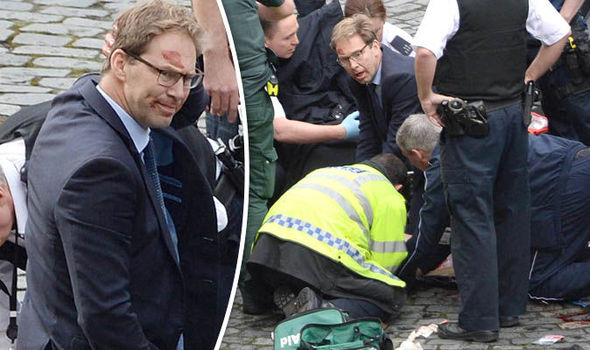 A senior MP for Bournemouth East, Tobias Ellwood, has been suspended from the Conservative party after failing to attend a confidence vote in Boris Johnson’s government on Monday evening. The poll did not trigger a general election because Mr. Johnson’s government won by 349 votes to 238.

Mr. Ellwood argued that travel difficulties, including UK runways melting and Moldovan security problems, prevented a timely return from his meeting with the President of Moldova, Maia Sandu. As chair of the instrumental Defence Select Committee, Mr. Ellwood is in Chisinau to help recommence vital grain exports. He states that he ‘kept the whip’s office informed the entire time about his absence.’

The news initially meant that Mr. Ellwood, a long-term critic of Mr. Johnson, would not be able to take part in Wednesday’s fourth round ballot of the Conservative leadership contest where he is backing Penny Mordaunt.

A handful of other Tory MPs were also absent, but only Mr. Ellwood faced suspension. The Tory Whips Office maintains that other MPs were ‘paired appropriately’. The pairing system is an informal agreement between MPs of opposition parties, where both agree not to vote. This arrangement cancels out the effect either absence has on the final result.

Some members of Mordaunt’s camp have suggested that suspending Mr. Ellwood’s whip was a ploy to aid Liz Truss’ leadership bid, Mrs. Mordaunt’s main rival. Her supporters have dismissed the whips’ argument and asked why the office did not pair Mr. Ellwood with an opposition MP. Mr. Ellwood has refused to speculate, saying he wishes not to participate in reputationally-damaging ‘blue on blue’ hostilities.

Simon Clark, Chief Secretary to the Treasury, has defended the decision. He argues that Mr. Ellwood, a ‘backbench MP,’ made a ‘very serious mistake’ in choosing to help Moldova reopen a vital port. Mr. Clark told Sky News that one MP’s mother ‘died on the morning of the vote,’ yet still turned up to support his party,

The whip temporarily returned to Mr. Ellwood so he could cast his vote. At 13:30 on Wednesday, Mr. Ellwood tweeted: ‘Delighted to report my request for a momentary return of the whip has been granted – just long enough for my proxy vote to be cast!’

There was some confusion after he deleted the tweet, but the whips’ office confirmed that they would temporarily reinstate the Tory whip to Mr. Ellwood so he could cast his vote.

Losing the whip does not mean Ellwood’s premiership as an MP will end, nor will he lose his seat. Instead, he will sit as an independent MP in the commons. The fourth ballot’s results was released on 17:00 on Wednesday, when Mrs. Mordaunt faced elimination. Who will become the UK’s next prime minister out of the remaining two candidates, Rishi Sunak and Liz Truss, will be decided by a ballot posted to Conservative party members.