Mulayam Singh Yadav, A National Political Icon, Passes Away At 82. 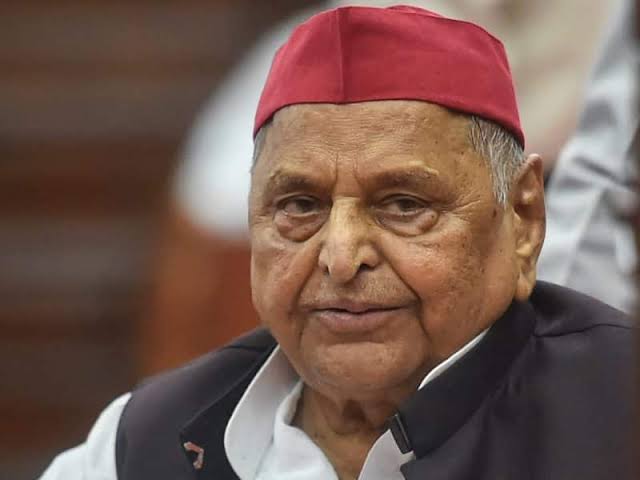 Since August 22, Mulayam Singh Yadav had been receiving care at the Medanta Hospital, and on October 2, he was moved to the intensive care unit. Since then, he had become critically ill and received care in the ICU from a large group of medical professionals.

On October 2, the elderly prominent politician complained of shortness of breath. At Gurugram's Medanta hospital, he was placed on ventilator support and diagnosed with a kidney infection.

Yogi Adityanath, the chief minister of Uttar Pradesh, declared three days of national mourning on Monday in honor of Samajwadi Party founder Mulayam Singh Yadav. Yogi Adityanath referred to the senior politician's passing as an "irreparable loss" and stated that the final rites would be performed with all due state honor.

The Veteran Samajwadi politician was born on November 22, 1939, to parents Murti Devi and Sughar Singh Yadav in Saifai village, Etawah district, Uttar Pradesh, where his last rituals will be performed.

Mulayam Singh Yadav, an experienced politician who spent three terms as the chief minister of Uttar Pradesh, broke new ground by placing the interests of lower castes at the forefront of state politics (1989-91, 1993-95, and 2003-2007).

When alliance politics became the rule of the day, and regional parties sought to be more than simply figureheads, he also handled the military sector under the United Front administration in 1996 after coming dangerously close to occupying the Prime Minister's chair.

He served as the Lok Sabha representative for the Mainpuri seat for several years and had previously represented the Azamgarh and Sambhal districts. He was a longstanding parliamentary member. Party officials and his team members frequently referred to him as Netaji, which is Hindi for "great statesman."