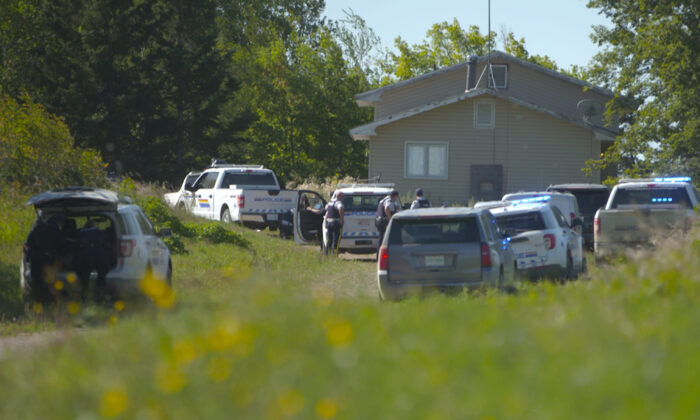 Over two days ago, an Indigenous reserve was attacked by a pair of brothers in Saskatchewan. Ten people were left dead in the brutal assault. A total of 18 residents were left injured. The two individuals that rocked the peaceful reserve were Myles and Damien Sanderson. Residents of the area.

This act of violence was not the first time that one of the Sanderson brothers committed. It was revealed that Myles, 32, was the son-in-law of one of the victims. A Mr. Earl Burns. According to the New York Times, Burns was a school bus driver and the father of Sanderson’s wife. Sanderson had a total of 59 convictions for crimes such as drunk driving, aggravated assault, and failing to comply with his bail conditions 28 times. Despite this, the parole board still released him because he “appeared to have been making good progress on reintegration.” His violent past was dated back to 2017 when he supposedly burst into his ex-girlfriend's home while she was entertaining guests. He threatened her before throwing a cement block through one of her friends' windows. One of many violent episodes.

Myles had been missing since May. After the assault, police found his brother Damien, 31, dead in a field in James Smith Cree Nation’s reserve. His injuries do not seem to be self-harm injuries, and it is suspected that Myles may have been behind this death as well. Police were posted all around the reserve. Sanderson was thought to have been spotted in the area sometime later, but he was not found.

On Wednesday, August 7th, 2022, at 3:30 p.m., it was announced that Myles had been taken into custody after four days of searching. There doesn’t seem to be a motive yet. However, for some of those who were attacked and killed, there may have been some targets in mind. The community cheered and celebrated as the news of his arrest broke.

Since his arrest, his parents have come forward to make the following statement: