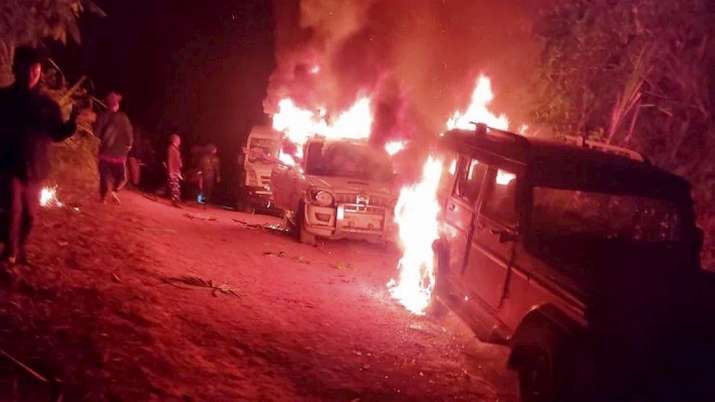 On 4th December, many citizens living in the Mon district of Nagaland were accidentally killed by armed forces during an anti-insurgency operation. According to the Indian army, one of their members was killed and others were severely injured during the fight between the army and the villagers which happened between Oting and Tiru villages.

What happened in Nagaland?

On 4th December, the army’s special force unit held an encounter operation to fight insurgence in the Mon district of Nagaland. The area is home to many tribal communities. The operation was held on a tip and a truck was supposed to be the target. The truck had eight people out of which six died on the spot and the rest of the two also died on the way to the hospital. It turned out that the people in the truck were coal workers of the village and were mistakenly attacked by the armed forces. As per the sources, the people in the truck had no ammunition with them. After this erroneous operation, local villagers had attacked the army team. The army also opened fire during the tussle, which led to the death of one para commando, several injuries, and five villager deaths.

The next day mobile service and internet were suspended in the district. Army militants had expressed their regret over the unfortunate loss of life. Nagaland police filed an FIR against 21 Para Special Forces of the Indian army. They said that the special army unit didn’t inform the police and nor did they take police guidance for the counter-insurgency operation.

Home minister Amit Shah expressed regret over the killings. Special Investigation Team has been formed which will complete the investigation in one month.  Nagaland's CM, Neiphiu Rio, requested the central government to revoke AFSPA.

AFSPA stands for Armed Forces Special Powers Act. This is usually regulated in disturbed areas which are designated by the government itself. These are the areas that are considered to be in dangerous conditions.

AFSPA gives armed forces some special powers like power to fire without a permit, power to enter and search without a warrant, power to arrest any person who has committed a cognizable offense but on top of all of these, the main special power is that they can take all of these activities while having immunity from being prosecuted.

AFSPA is in effect in Jammu and Kashmir, Nagaland, Assam, Manipur excluding the constituencies of Ihmpal and parts of Arunachal Pradesh.

When was it enacted?

In 1958, a bill was introduced to combat the Naga insurgency. On September 11, 1958, AFSPA was first implemented in the northeast and then in Punjab.

However, this has been repealed multiple times in the past. In areas where insurgencies have subsided, laws have been repealed. For eg: it was repealed in Tripura in 2015, and in 2018 Meghalaya was also removed from this list. Irom Sharmila, an activist went on a hunger strike for sixteen years against AFSPA.

Police have filed a murder case against the army unit for intent to murder. But will or can be prosecuted is to be seen especially when home minister Amit Shah didn’t mention any waiver of the act in this case.

The army’s and police version of the incident

The army received information about the movement of Eight Cadre Naga insurgent groups in a bolero car at a very definite time near Oting village in  Mon district of Nagaland. These were the specific details from the intelligence-led armed forces to launch the operation.

Defense officials explained that a surveillance team was to keep an eye on the vehicle carrying insurgents, then inform the main attack team that they needed to fire at the vehicle. The surveillance team did see a vehicle approaching with eight people out of which one was carrying a hunter rifle but from a distance, it was mistaken as an assault rifle. The other people in the vehicle were carrying a doa strapped to their chest which is a local weapon. This all scenario led to the impression that those villagers were insurgents. According to the officials. They were not sure about the target being correct and so they tried to stop the vehicle by firing at the tires. However, the villagers in the vehicle got cared for and did not stop, which gave the firing team the impression that they were insurgents.

But according to the local officials, the people in the vehicle were not carrying any ammunition. They were coal mine workers who were traveling in an open truck in broad daylight.

Various versions of the incident.

When different versions of the incident began to bubble up, the truth became murkier.   According to defense security sources, the armed forces when realized the mistake, immediately took them to the hospital, informed the local police, and waited three hours for the police to arrive. Around 7:30, villagers arrived at the spot of the incident and when the officer tried to talk to the local villagers and resolve the matter, the clash broke out which left no choice for the army than to fire for self-defense.

But according to the local police sources, the villagers found that the armed forces at the spot were trying to hide the bodies of six dead villagers by wrapping them and loading them in another truck which was supposed them to the base camp, and then the violence broke out.

Home minister Amit shah ordered to form a special investigation team and to submit the report within one month. He also said that the suspected vehicle must have fled from the location after hearing a firing sound. “Anguished over an unfortunate incident in Nagaland’s Oting, Mon. I express my deepest condolences to the families of those who have lost their lives,” Shah said in a tweet. “A high-level SIT constituted by the State govt will thoroughly probe this incident to ensure justice to the bereaved families,” he also said.

Nagaland chief minister Neiphiu Rio condemned the incident and promised a high-level probe as he appealed to all sections of the society to maintain peace. "The unfortunate incident leading to killing of civilians at Oting, Mon is highly condemnable. Condolences to the bereaved families & speedy recovery of those injured,” the chief minister tweeted. “High level SIT will investigate & justice delivered as per the law of the land. Appeal for peace from all sections," he also tweeted.

The National Human Rights Commission notified the Nagaland and center governments, the defense secretary, the union home secretary, and Nagaland's director-general of police to provide the report within six weeks.

The people and ministers of Nagaland and Meghalaya are demanding that AFSPA should be removed. The protest is being carried out across Nagaland. Citizens have only one demand from the government and that is to remove AFSPA since it is giving rights to the special armed forces to carry out mistakes without being prosecuted.

Nagaland’s deputy chief minister Yanthungo Patton also said justice will be delivered. "Oting's (Mon) disturbing and tragic incident in which civilians were killed will be thoroughly investigated and justice will be served. Condolences to the bereaved families and prayers for the speedy recovery of the injured. In the wake of the tragedy, I urge peace from everyone!" he tweeted.

The truth is foggy as we all know the only side of the story that’s being told. The main truth remains between villagers, local police, and armed forces itself and we citizens can’t conclude. All we can do is to try to see all the aspects of the incident. The detailed information from the special intelligence and the timing of villagers being at the spot is just a coincidence or a conspiracy? Were armed forces trying to cover up their actions? Why was the local police not informed about the operation?  Was the incident a result of failed operation and mistake or was the armed force was the target of conspiracy for committing a big mistake? Was this a conspiracy of those who want the AFSPA to be removed? There are many unanswered questions which hopefully time can only provide the answers. As of now, all we know is that it was a huge mistake and nothing can bring back those innocent villagers who lost their lives and no one should be escaped from justice in the name of mistake and under the protection of some special powers. Regrets and sympathy won’t work this time for the people of Nagaland. Justice needs to prevail.