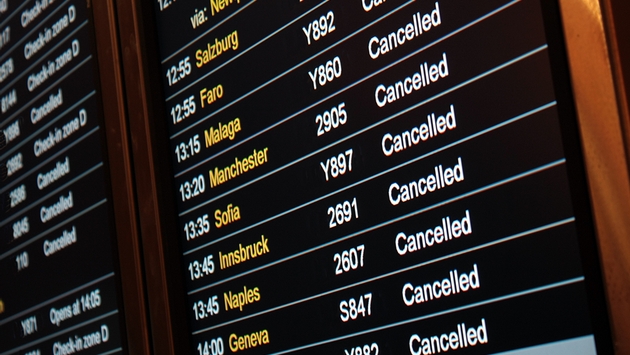 Over the last two weeks, holidaymakers faced severe delays and flight cancellations amid staffing shortages. Hundreds of flights have been delayed, while some passengers have not managed to board planes. It has been estimated that more than 10,000 Britons will be directly affected.

According to The Guardian, British Airways and EasyJet cancelled more than 150 flights to and from the United Kingdom on Wednesday. Similarly, Tui announced that they will be cancelling six flights a day from Manchester airport for the entire month of June. In light of the disruption, EasyJet has extended its customer service opening hours to help those affected and apologised for the disruption it has caused customers, “we are very sorry and fully understand the disruption this will have caused our customers. We are focussed on getting them to their destination as soon as possible”.

The demand for foreign trips has increased significantly since pandemic travel restrictions eased. However, many aviation staff were made redundant when COVID-19 hit, therefore, airlines are being blamed for taking on more bookings than they could manage with the low staff levels. The Guardian noted that travel companies let go of more than 30,000 British employees during the two years of the pandemic and as a result, Gatwick has 40% fewer staff than pre-pandemic, while EasyJet laid off approximately 10% of its employees.

In order to meet the rise in holiday bookings, the industry body, Airlines UK, has announced that “we have to get more people into and staying in the sector. It’s been done before - the HGV sector had similar problems recently - and we will leave no stone unturned to get the sector back to normality as quickly as possible.”

Transport secretary, Grant Shapps, has commented on the disruptions, noting that travel firms had “seriously oversold flights and holidays relative to their capacity to deliver” and during a meeting on Wednesday, Shapps warned that such disruptions must never be repeated, especially with the busy summer months approaching.

In a desperate attempt to recruit more staff, Andrew Crawley, Chief Operating Officer at American Express Global Business Travel told BBC Today that it would be “sensible” for the government to temporarily change immigration rules to allow airlines to recruit overseas workers to aid the staffing shortages. However, Grant Shapps has rejected the request revealing that more immigration was not the answer and “in Europe, they have got exactly the same problems”.

There is currently no telling how long these travel disruptions will last. However, trade unions are warning that this airport chaos is likely to continue throughout the summer.