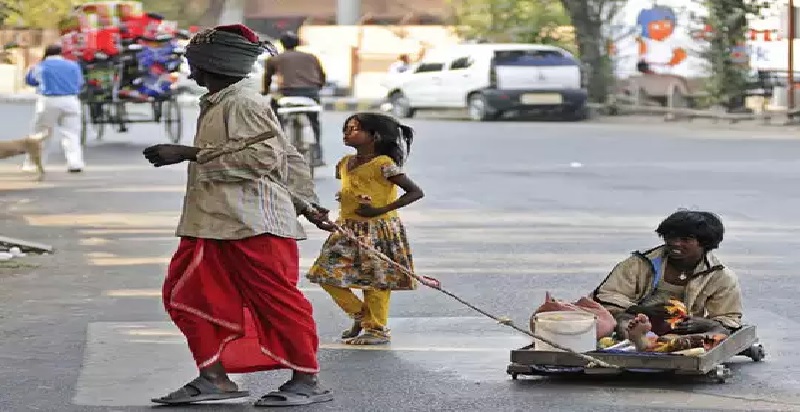 The Ministry of Social Justice and Empowerment (MoSJ&E) launched a national scheme for the ‘rehabilitation of beggars and transgenders’ on 12th of February 2022. The center is aiming to organize state-level surveys directed by municipalities to estimate the number of beggars in the country. This large-scale exercise will then be recorded on a dedicated portal to create a national database.

Is begging a crime?

Begging falls under the purview of state legislation and doesn’t have a central law governing the same. Around 20 states in the country have laws that ‘criminalize’ begging in one way or another. These acts are designed on the premise of the Bombay Prevention of Begging Act, 1959 which considered begging as an ‘illegal profession’ and aimed to criminalize begging by detaining beggars so that they can be trained and employed elsewhere.

Therefore, the launch of the ‘rehabilitation of beggars and transgenders’ scheme by the central government aims to ‘decriminalize’ the nature of begging and to make necessary changes in the state laws that criminalize beggary.

The central government intends for a more humane approach to address the issue with the ‘SMILE’ scheme (Support for Marginalized Individuals for Livelihood and Enterprises). The MoSJ&E is steering for central legislation to facilitate standardizing data of the destitute, homeless, and beggars. The government is arranging night shelters for those who used to sleep on footpaths. This rehabilitation framework will therefore assist in the already formulated mainstream survey format to identify the people involved in beggary.

The road to legislation:

A draft bill has already been formulated and pushed forth to the cabinet by the ministry, but was reverted after certain issues were found. These issues involve the implementation and execution of the legislation if created as begging can be a subjective and vague concept at times. Another one was on the availability of resources to successfully rehabilitate beggars, destitute, homeless, and the like. This is because an overall coverage of the numbers can be a challenging task to achieve.

The demographic estimate of beggars also highlights a vast difference across the various states with Uttar Pradesh being the home to the highest number of beggars (65,838) and north-eastern states the least. It is also being found that the beggars in the central part of India are predominantly male while the northeastern states have a majority of female beggars.

Conclusively, this concern of begging as a crime needs to be addressed firsthand because it is a known fact that homeless and destitute people will resort to more illegal means if the former remains criminalized. Thus, rehabilitation is the topmost priority for the same.