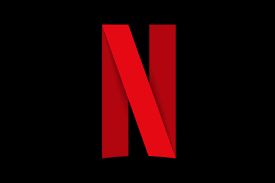 For the first time in a decade, Netflix lost 2 lakh subscribers and it expects to lose at least 2 million more in the current quarter. The Company’s share prices also crashed to a new low. While it does not affect old shareholders much, it highly affects the new ones. There are several reasons why the most famous streaming platform is having a hard time. The company blames the password-sharing actions. Netflix once encouraged this practice itself but now as they are continuously losing the subscribers, they want to put an end to it. Last month, Netflix announced that users have to pay extra for sharing accounts between households in Chile, Peru, and Costa Rica. This could be applied everywhere, including in India.

The platform will take the necessary steps to regain its users. As per the reports, Netflix can bring advertisements on its platform. It would target those audiences who want cheap prices and are advertisement tolerant. The company will also launch more pocket-friendly plans to attract the audience. Currently, Netflix is the most expensive streaming platform.

According to the existing users, Netflix cancels most of their favorite shows, leading to frustration among the users. Netflix mostly cancels the original shows that fail to become an instant success. It does not give time to the shows to garner more audience. Shows like Ozark, The OA, Easy, Marvel’s Daredevil, and many more. It is very surprising to see that most of these shows had good ratings from critics as well as from audiences.

Netflix now has to face a lot of competition from other streaming services which have a lot of good content at relatively lower prices. Some of the streaming platforms are HBO Max, Disney+, Paramount Plus, Apple TV and many more options are available. There are many reasons why Netflix is losing its subscribers. With so much competition in the market, it would be interesting to watch what marketing tactics it is going to adopt to be at the top again.