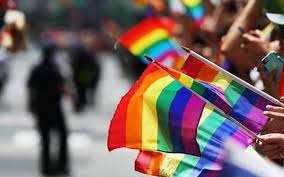 The Tamil Nadu Government has issued an order to amend the Tamil Nadu Subordinate Police Officers’ Conduct Rules to avert harassment of any person from the LGBTQIA (Lesbian, Gay, Bisexual, Transgender, Queer, Intersex, Asexual) + community and the people working for the community’s welfare. The order aims to reduce and eventually stop the harassment faced by the people from the LGBTQIA+ community and the people working for their betterment.

The Madras high court had in August 2021 given a direction to make a provision for the LGBTQIA+ community because of the protection plea filed by a lesbian couple who were harassed by the police. The court’s judge Justice N Anand Venkatesh, said: “A specific clause is to be added in the Police Conduct Rules specifically providing that any harassment by the police to the persons belonging to the LGBTQIA+ community and the activists and NGO workers, will be treated as misconduct and will entail a punishment for such misconduct.”

Following this, the order was issued by the state’s Home Ministry on 15th February 2022. The ministry has added the new provision as the Rule 24C in the Conduct Rules and the text along with it reads: “No police officer shall indulge in any act of harassment of any person belonging to the LGBTQIA (Lesbian, Gay, Bisexual, Transgender, Queer, Intersex, Asexual) + Community and the people working for the welfare of the community.” The statutory body has cleared that this does not mean that the police do not have the right to make an inquiry as per the procedure established by the law.

This amendment was welcomed by the people belonging to the LGBTQIA+ community. A Dalit and transgender rights activist Grace Banu said that “We think this is a very significant order and can help in reducing police violence in our communities. We have already lost so many of our trans brothers and sisters to harassment and brutality. We also face everyday harassment and torture at the hands of policemen.”

Meanwhile, some feel otherwise. A distinguished intersex activist and researcher who closely works with several bodies of Union and state governments, Gopi Shankar said that an anti-discrimination policy should have been introduced in the assembly in the place of an order signed by the governor. Shankar also added, “Because we have seen many such amendments seemingly in favour of various sectors like SC/ST, etc. The outcome would be that they become mere annexures. The police force and the government should get sensitized. Do they recognize gays and lesbians in the police force? Do they even hear about LGBTQ+? I wish these are not eye washing attempts, but they take serious efforts to train and sensitize their force.”

This is a step forward towards progress if implemented properly. If this order succeeds, then it will encourage other states to follow the same mandate.