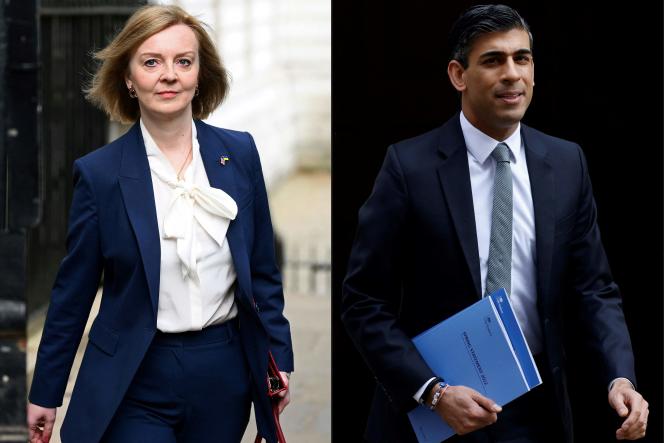 The vote for Britain’s new prime minister among the Conservative Party has been concluded. The winner of the vote, and the new UK PM, is to be announced this coming Monday 5th September at 12:30pm.

More than 20 MPs volunteered overtake Boris Johnson as the UK’s next PM. Following a series of votes among the Conservative Party, the candidates have been whittled down to the final two – Rishi Sunak and Liz Truss.

The need for a new PM came after Johnson’s reluctant resignation from the position after a series of scandals that exposed his corrupt leadership, including breaking Covid-19 restrictions, hiring known sexual predator Chris Pincher, narrowly winning his Party’s vote of confidence, and the resignation of 27 MPs.

Over the last few weeks, Johnson has remained caretaker PM while the Conservative Party have held a series of elections to reveal the most favourable candidates for the role. The public have no say in who will be the next Tory Party leader and British PM. The decision lies entirely among the Conservative Party. The next general election is scheduled in 2024, when the public can finally have their say.

The two remaining candidates are Liz Truss and Rishi Sunak, but it is anticipated that Truss will be victorious as Britain’s third female Prime Minister.

Sunak’s campaign was not aided when revelations about his wife’s non-domicile status revealed the couple have evaded tax on foreign earnings. This information hit the public hard, who had suffered the highest tax burden since the 1940s – implemented by Sunak. His hypocrisy has rendered him even less favourable that Kier Starmer, Leader of the Labour Party. Sunak was also disloyal to Johnson, and was one of the 27 MPs who resigned, likely to improve his public image before his campaign to take over.

Truss, who remained loyal to Johnson during the downfall of his leadership, has also pledged allegiance to another former British PM. Truss has encouraged comparisons of her with first female PM Margaret Thatcher, whose controversial reign over Britain has left its consequences embedded in modern British society, still most severely felt by the British working class, whom Thatcher demonised into severe unemployment.

Truss, seemingly following in Thatcher’s footsteps, has admitted she considers the British workers as “lazy” and quoted that “great things were done in the 1980s” during the Thatcher era. In reality, unemployment soared among formerly well-respected working-class areas of Britain. By 1984, more than one in ten Brits were unemployed, and Thatcher inspired poll tax riots that caused mass civil unrest across the UK. It is incredible to think someone who welcomes comparisons with such a leader will likely be the UK’s next PM.

In any event, whoever is elected the next PM will immediately be faced with the challenges concerning the overwhelming cost of living crisis, the management of which will surely shape their legacy as PM. They will also be responsible for shaping Britain’s new relationship with Europe during Brexit negotiations, and the management of Britain’s role in the ongoing war between Russia and Ukraine.

UK Government To Push Maths Until 18

The Great Fall of The British Monarchy