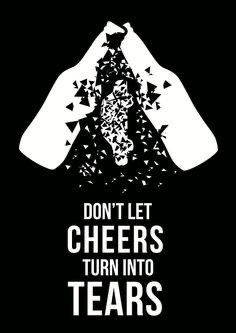 In September, the portfolio committee proposed to the government the reduction of the alcohol consumption limit for drunk drivers from 0.5 grams to nil. The proposal was rejected as some foods and medicines contain a bit of alcohol. This means that if the proposal is implemented, so many innocent drivers will be incarcerated.

Firstly what are the legal consequences of drinking and driving?

South Africa is known for its culture of drinking and driving under the influence, causing people to be imprisoned and have criminal records. When found over the 0.05g limit, the person will be arrested and sent for a blood test to determine the exact amount of alcohol level as SAPS/Metropolitan Police choose to have a breathalyzer or not.

When arrested, the person faces imprisonment for six years or a fine of R2000, including the license being suspended. The criminal record lasts up to 10 years.

In addition to the proposal being rejected, this would have meant that our country would have had zero tolerance regarding drinking and driving. Instead, the government has agreed to reduce to 0.02g/100ml, as other countries do. It is said that Brazil and Chile have a margin of tolerance between 0.02g-0.03g/100ml. These laws were implemented, especially for younger drinkers and inexperienced drivers who tend to break the rules.

The researchers realized that data based on studies from the US and Australia show that zero-tolerance laws cause a reduction of 9–24% for fatal crashes and 4–17% for all wrecks. This law will have a significant impact on South Africa's roadways, which witness thousands of casualties each year, most of which are caused by alcohol consumption. One of the changes will include increasing the age limit of alcohol intake from 18 to 21, says James Beeson.

What is the limit?

In conclusion, the only way to ensure that you drink safely without having to put your life or anyone’s life in danger is to drink amongst family and friends at home or even alone. That protects you from harming yourself and everyone on the road, or another solution could be calling an Uber to take you home.