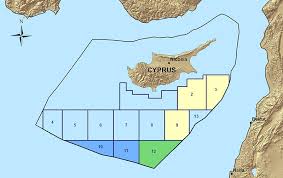 On December 21, it was announced that new gas deposits became discovered off the coast of Cyprus. The Italian-French consortium, made from the companies Eni and Total, released the statement. Explorations took place within Block 6 on the southern part of the island. According to calculations, the new deposit, which was named Zeus-1, is to contain about 2–3 trillion cubic feet of natural gas. The discovery occurred in the same block where the consortium discovered the deposits Calypso-1 and Cronos-1 in 2018.

Explorations in Cyprus´s territorial waters by foreign companies were made possible by a 2004 law passed by the Republic of Cyprus. According to this, the country declared its Exclusive Economic Zone (EEZ) by setting its limit to 200 nautical miles under the 1982 United Nations Convention on the Law of the Sea (UNCLOS) and other international provisions.

Nevertheless, the law, plus the ensuing foreign explorations and discoveries of natural gas reserves, raised several issues with one of Cyprus's major neighboring countries, Turkey. As it is known to many, the northern part of the island is made up of the Turkish Republic of Northern Cyprus (TRNC), declared in 1974 and recognized by Turkey but not by the international community. The 2004 law was considered by Ankara to be a unilateral unlawful act that deprives Turkey of its right to dispose of the territorial waters of the Turkish Republic of Northern Cyprus.

Previously, Turkey accused Cyprus of violating its sovereignty by allowing foreign companies to drill in areas considered to be under Ankara's jurisdiction. Accusations concerned the main blocks 3 and 6 as concessions made to foreign companies overlapped with those made by the TRNC. This concerns especially for Block 3, whose drilling license was given to the Turkish company TPAO.

Both Turkey’s and the TRNC’s reactions were immediate. The TRNC foreign minister states clearly that this discovery is a sheer violation of the rights of the republic and its people. His message and the consequences were clearly explained: “So long as the Greek Cypriot administration, which never shies away from taking steps that raise the tension in the Eastern Mediterranean, keeps usurping the rights of Turkish Cypriots, we, along with the Republic of Türkiye, will continue taking the necessary measures to protect our legitimate rights and interests.”

The discovery will exacerbate tensions between Cyprus and Turkey, but not only. Other factors also are intertwined with this issue. Primarily, there is a longstanding dispute between Ankara and Athens concerning an issue on the definition of their territorial waters and Athens' unconditional support for Cyprus.

Undoubtedly, and given the strong precedents, Turkey will aim further to strengthen its presence in the Eastern Aegean. The recent Turkish discoveries in the Black Sea, which brought the total amount of Turkish reserves in that sea to 710 billion cubic meters, are in line with the country’s new policy of hydrocarbon independence. Consequently, the eastern Aegean front is a sine qua non for Ankara to reach this goal.

In this light, Erdogan interpreted the following statement: “Our new exploration will pave the way for similar explorations in other geological fields adjacent to the region. We will launch new drilling as soon as possible,” referring assertedly to this highly controversial and disputed area.

Uncertainty in the oil and gas industry, fuelled further by the ongoing war in Ukraine, is pushing many countries to reconsider their options. In the case of Turkey, this goes hand in hand with the thorny issue of territorial water delimitations with Greece. This will certainly require a reasonable solution given that both countries are NATO members, and that the security of the Eastern Mediterranean is a top priority.