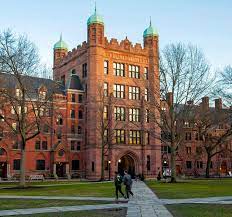 In an interview with The Washington Post, the Dean of Yale, Pericles Lewis, stated that he wants “to make clear to students [that] their first priority in dealing with mental health problems should be mental health. And obviously we want people to be able to continue their education.” By prioritizing the students' health, the school can ensure the return of their students to finish out and graduate once they're ready.

A mental health leave of absence is a period of time in which a person who is suffering from mental illness takes a leave from either career or education to focus on their mental health. Once a person has gone through treatment and regains their health, they may return to their jobs or school.

This leave of absence upgrade follows a Washington Post story from November of 2022. This story, “What if Yale finds out?,” shared the mental health victims of Yale who claimed their school pressured them to withdraw from classes due to their mental health states.

As said by The Washington Post, “the story drew on the accounts of more than 25 current and former students, who described a university flush with a $41.4 billion endowment, yet beset by inadequate services and punitive policies for those in mental crisis.” At the end of the month, students, current and former, filed a lawsuit against Yale accusing them of “systematically discriminating against students with mental illness.” One week following the lawsuit, the court was put on hold to negotiate settlement options.

Prior to the new policy, students were told to leave campus within 48 hours of withdrawal and were prohibited from entering campus. The collection “What if Yale finds out?” shares the real life stories of real students’ experiences with mental health while attending Yale. It expressed the increase in mental illness following the stress of hearing of other students being driven out of school due to mental illnesses of their own. It showed the real pain the anonymous students felt due to being required to leave everything and everyone they've come to know as a result of their mental health.

For one student, “leaving Yale meant losing her friends and mentors — people who had kept her afloat during her depression. It meant losing her routine, her lab research, her four-year plan to get into medical school. Losing all the things that gave her purpose, identity and support when she needed them most.” With an outdated leave of absence policy, it seemed like there was no other option for these students — until now.

With the introduction of Yale’s new leave of absence policy for students, people can take care of themselves and put their studies on hold without making a sacrificing choice to get rid of their academic careers. This is a grand achievement for students, and with this new policy, students are able to continue taking care of themselves first, as they should be.