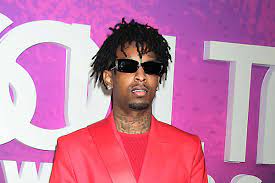 A new bill has been introduced in Hawaii regarding the state’s trangender and gender non-conforming residents. This bill, if instituted into law, would allow residents to change their birth certificates with a third gender marker, “X,” as an option.

According to the bill, the addition of birth certificates will ensure “that an individual's gender markers match on the individual's driver's license, state identification card, and other official documents.”

This is a huge step for the trangender and gender non-conforming communities, who long to be recognized by their government. A bill like this, brought into law, would bring much joy to these individuals, including helping their mental health and gender dysphoria.

Gender dysphoria, according to the NHS, “is a term that describes a sense of unease that a person may have because of a mismatch between their biological sex and their gender identity.” Gender dysphoria can lead to anxiety, depression, low self image and low mental health. Not all, but many transgender and gender non-conforming people feel gender dysphoria on a regular basis. Introducing bills to help ease the pain of gender dysphoria for these communities can benefit the population.

People took to the internet to express their excitement for the new bill to possibly be instated into law.

Deltron Magnus tweeted, “With all the horrible bills that have been coming, it's really nice to see something positive like this. I really hope it passes.”

Erin Reed tweeted, “Hawaii has seen a lot of movement on transgender rights in the last two years and this is a wonderful development.”