This Monday morning, around 3,500 nurses at Montefiore Medical Center in the Bronx and about 3,600 at Mount Sinai Hospital in Manhattan walked out on strike. They held signs demanding more staff, pay, workable hours, etc. after being taken advantage of and forgotten about since the COVID pandemic, for about three years.

The past month has been an important time for overworked nurses in areas of New York. Two weeks ago on Friday, December 30, 2022, thousands of nurses gave a warning that they would go on strike after 10 days if their contracts weren't upheld.

Montefiore and Mount Sinai are two of the biggest and busiest hospitals in New York, but the strike was supposed to include 6 other hospitals. These other six were able to reach a tentative contract with The New York State Nurses Association (NYSNA), a union that protects nurses, before the expiration of the contract.

The strike was set to be a total of around 16,000 nurses from the eight hospitals, with the actual outcome being around 7,000 from the two hospitals. 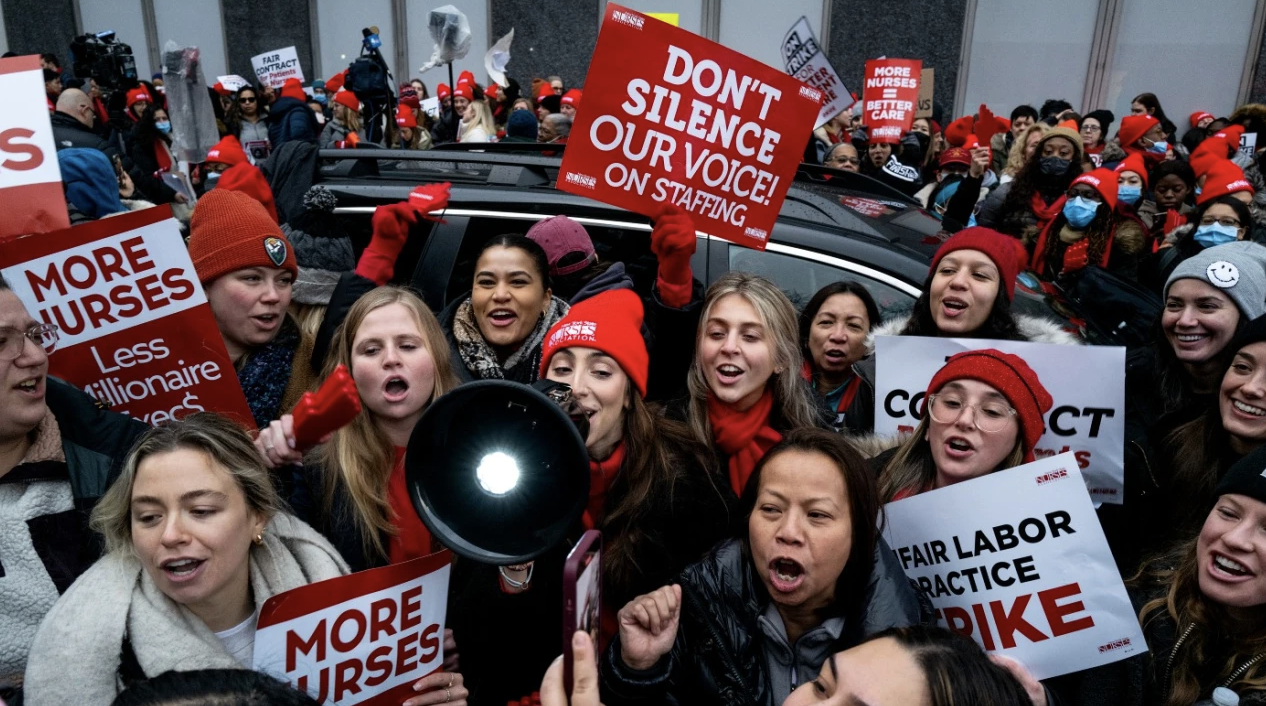 When COVID-19 hit in 2020, nurses became martyrs for the rest of society, being overworked, understaffed, and underpaid. This was a deeply scary time for nurses who risked their families and their own lives to save others, while also being in bad working conditions. Many were offered tentative contracts to raise their wages and get more staff. Those contracts' expiration dates were January 9th, 2023.

From Friday, January 6th to Sunday, January 8th, the NYSNA struck tentative contracts with multiple hospitals to stop the planned strike. However, by the 9th, Mount Sinai Hospital and Montefiore Medical Center had still not reached an agreement.

The contract that was struck with multiple hospitals calls for a wage increase every year of the three-year contract and to provide more staff to the hospitals. For all of the hospitals involved as of right now, the total increase will be around 19%.

Some nurses were interviewed by the Associated Press and expressed feelings of being overlooked and underappreciated, but still loving their job. The conditions that New York nurses have been working in for the past three years are unacceptable for them and the patients themselves and the hospitals themselves aren’t providing enough support.

According to the Associated Press, Both Montefiore and Mount Sinai administrations disagree with the most recent strike calling it “reckless” and scared that the decision of the union “will spark fear and uncertainty across our community.”

However, videos and images of the protesting nurses are circulating with support over social media. NYSNA has even released a statement about the strike, still encouraging patients to seek medical help and apologizing for the inconvenience it may have caused, still asking for support. 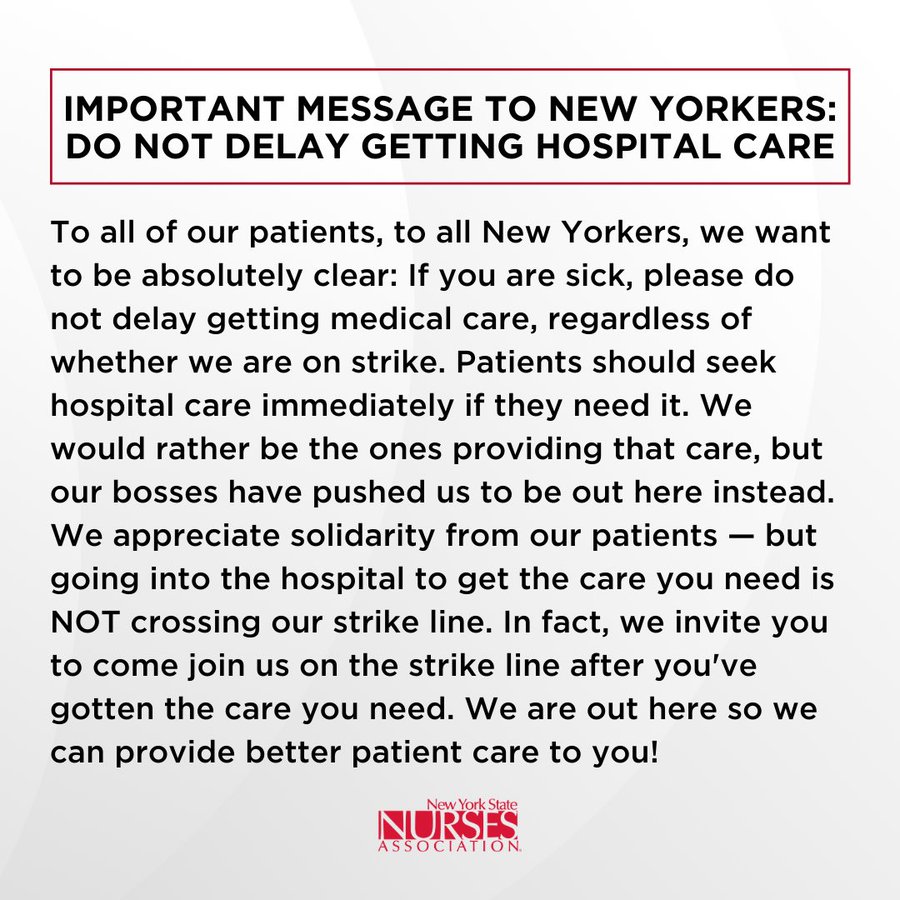 Many people stand with the nurses in New York and time will tell if working conditions and pay will improve for them and the hospitals will make the correct steps to meet the demands of deserving nurses.