'NO Muslim Refugees!' Poland stands firm in its stance. 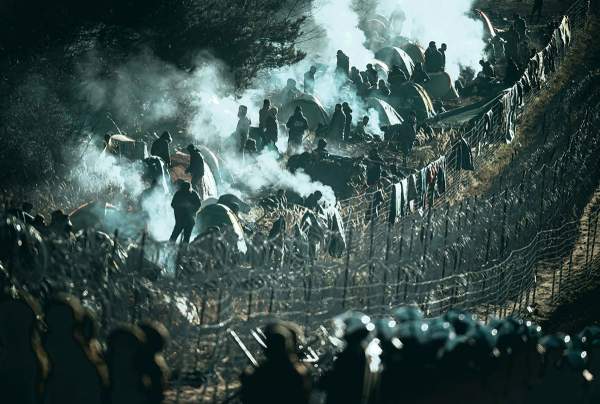 Last week's international news and social media saw multiple videos of thousands of refugees crossing Poland's border via Belarus airport, escorted by the Belarussian army. Alexander Lukashenko, the president of Belarus, was recently accused of misusing Muslim refugees as a weapon against Poland, his country's neighbour. The Polish government has openly declared its intent to close the borders and prevent further immigration of the Muslim community. However, the President of Belarus Lukashenko has allegedly arranged about 40-50 flights from Arab countries and has deliberately pushed thousands of refugees into Poland in retaliation for not allowing them into his own country. It is only one example of what appears to be a growing pattern among Eastern European countries to utilize immigrants as political pawns in times of international tension.

Belarus stated last week that it would allow Muslim migrants fleeing Syria's civil war to enter the nation. Alexander Lukashenko, the country's president, has since asked that Poland take some refugees as a sign of "Christian solidarity" with their Muslim neighbours.

Polish Lawmakers reacted angrily to the threat, with 87 of the 100 members of the Polish Parliament voting in favour of a motion calling on Belarus to abandon its relocation plans.

It became apparent rather quickly that this incident was not isolated and that Eastern European countries were beginning to use immigrants as bargaining chips during international relations. Slovakia's recent decision to only accept Christian Syrian refugees owing to security concerns about Muslims exemplifies this. Poland has also taken a less direct approach, but it is suspected that they are orchestrating the flow of immigrants into Belarus to force them to back down.

It is yet unknown whether or not this new wave of immigrant use will continue to expand. However, many people are beginning to worry that this could escalate into what some call "The Eastern Crisis", in which countries begin fighting over Muslim immigration as a rule rather than an exception.

Mirza Masroor Ahmad, worldwide head of the Ahmadiyya Muslim Community, stated after hearing about this development: "This situation is most unfortunate and serves only to make matters worse for those suffering from the war around the world. I urge all leaders concerned to refrain from inciting religious hatred among themselves or their people. It is necessary to find a solution that allows the refugees to safely re-establish themselves without triggering a new battle."

Recent developments in Ukraine, where Poland has backed the West and Russia have supported the east, have strained relations between Poland and Belarus.

Eastern European governments have exploited immigrants as pawns in political games before. With tensions growing between Belarus and Poland, it seems only a matter of time before this trend spreads to neighbouring countries with similar geopolitical relationships. If you are an immigrant living in one of these areas, be aware that your safety may become compromised due to national security considerations or even just for the show during tense international relations. Be ready to move if necessary because there is no telling how far this will go. As per the most recent updates, Poland has issued orders to their army to 'only fire, if necessary,' implying that Poland will not allow a single illegal migrant to enter the country regardless of the circumstances.

Poland's administration has long been proud of its vehement anti-migration stance. While other European countries allowed hundreds of thousands of refugees to flee conflict, Poland remained firm by keeping its borders closed. However, Poland had a problem: a severe labour shortage. As a result, the solution was to manage the country's biggest migrant worker influx in history. Over two million immigrants have arrived in Poland in the last several years. They are predominantly Christian migrants. They are allowed as long as they're not Syrian or Afghan Muslims.

In Retrospect, two years ago, Dominik Tarczynski, a member of the Polish parliament with the ruling Law and Justice party has earlier said in an interview with TRT WORLD that Poland`s immigration pattern has nothing to do with religious prejudice. They are framed to keep the safety of Polish citizens on priority.  Also, the words "immigrants" and "refugees" should not be used in the media because the latter refers to unlawful forced migration, which the ruling party did not pledge to its population.

He also noted that over 200,000 refugees in Germany have just vanished, leaving no trace in paperwork or on the internet, which is a significant source of concern because no one knows what these people will do. He also expressed his views on how countries with Sharia laws and Muslim representatives do not accept any acknowledgment when a terrorist attack occurs in the name of religion by a Muslim anywhere in the world, but always show concern to put them on a pedestal while dealing with international affairs.