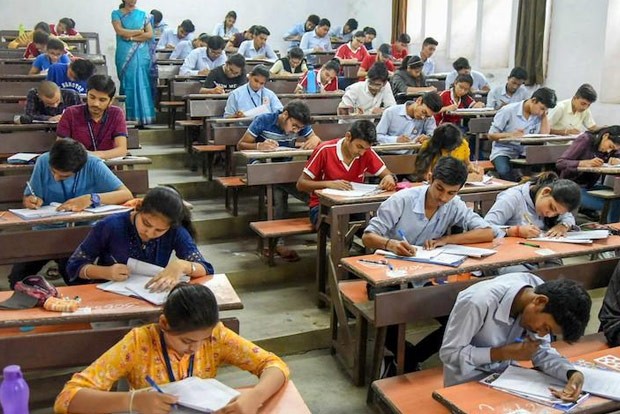 The University Grants Commission (UGC) announced the introduction of CUET (Common University Entrance Test). From now on, this test will be mandatory for admissions in any of the 45 Central Universities for Undergrad programs.

The government is looking forward to private institutions adopting this examination and scrapping out individual entrance tests.

CUET is an updated version of CUCET (Central Universities Common Entrance Test) launched during the UPA regime in 2010. However, until now only 14 Central Universities had adopted this examination, which is now compulsory for CUs. This decision is a follow-up to the government’s New Education Policy (NEP) which promotes a single entrance test for university admissions.

This renovated decision has removed the role of the student’s board's results in determining their university admissions. The mark sheet could be used as a Minimum Eligibility Criterion for admissions but not as a decisive statement of competence. This will in turn bring down the sky-high cut-off marks for admissions in top colleges such as those of the Delhi University.

For the courses that include skill-based eligibility criteria such as music, sculpture, theatre, etc., the Universities can conduct a practical exam or interview other than CUET. However, for professional courses such as MBBS and Engineering, the entrance exams such as NEET and JEE will determine eligibility. There will be no joint counseling in CUET as of now, each university is free to determine its admissions criteria after the merit list is released.

The government believes that the decision to scratch the high-end importance of board marks will establish equality among students of different boards as some boards are more generous in giving marks than others. Also, the teaching curriculum defers from state to state and thus, from boards to boards. Therefore, the CUET will cripple any unfair advantage to students and establish equal competition.

The pattern of the Test:

The CUET will be conducted by National Testing Agency (NTA) in two shifts. It will be a 3.5 hours computer-based test that could be attempted in any of the prescribed 13 languages. The test will be solely MCQ-based, divided into 3 parts.

The first part includes testing a student on language skills (on a selected language of their choice). The candidate will be tested on reading, comprehension, synonyms, antonyms, and vocabulary among other things. Other than the 13 prescribed languages, the candidate could choose another paper consisting of 19 languages such as French, Spanish, German, Persian, etc.

The second part will test a candidate’s domain-specific knowledge. This test will be attempted according to different university’s eligibility criteria for programs. There are 27 domains offered and the candidate could wish to be tested in a minimum of one and a maximum of six domains according to the University requirement he/she wishes to apply.

The third part is a general test which will test the candidate on general knowledge, mental ability, quantitative reasoning, current affairs, and logical and analytical reasoning.

The second and third part of CUET is only required if the desired program and university of choice deems it important. According to the government, the launch of CUET will establish equal competition among Undergrad aspirants. The application of this test for PG admissions is not yet decided.

Sold into Prostitution, 14-Year-Old Girl Scores 70% in Board Exam after Being Rescued