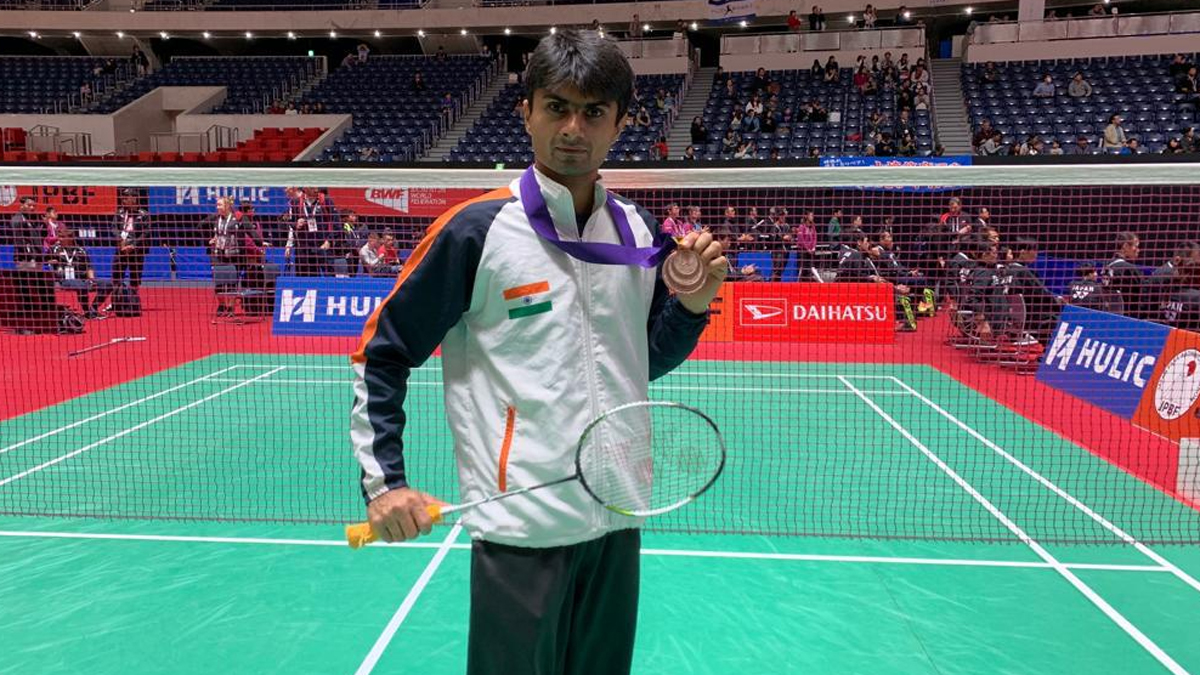 The IAS Officer will be part of a seven-member Indian Excellency at the Paralympics. For the first time in history, Para-Badminton sports are going to be played under Paralympics. Suhas won the bronze medal at the 2018 Para-Asian Games and is ranked #1 shuttler in India.

Suhas LY, whose full name is Suhas Lalinakere Yathiraj, was born in Karnataka and his family has roots in Kerala. Suhas was posted as the District Magistrate of Gautam Buddha Nagar, also called NOIDA, an adjoining city near Delhi in western Uttar Pradesh last year. Suhas LY is currently ranked third in the world in the Para-Badminton category.

The Talented Gautam Buddha Nagar DM has provided his services in several cities of Uttar Pradesh like Sonbhadra, Jaunpur, Hathras, Maharaj Ganj, Mathura, Agra, and Azam Garh. His first position was in Agra as the Assistant Collector. Suhas became an IAS officer under the 2007 batch. He has worked as a Special Secretary in the Planning Department of Uttar Pradesh in Lucknow. While Being an Officer, he was awarded the title of one of the best para sportspersons in the state.

In December 2016, Suhas received Yash Bharati Award, Uttar Pradesh’s highest civilian honor. He received the honor on 1st December 2016 by the Chief Minister of Uttar Pradesh. Two days later, on World Disabilities Day, he received an award from the state government for his performances in para-sports.

He also holds a distinctive record for winning many awards while serving in his official administrative office. He has been awarded for his administrative skills by the Governor of Uttar Pradesh for his duties in elections and by the Revenue Minister and Board of Revenue for duties regarding revenue and taxing administration.

At present, He is busy fighting the Covid pandemic in NOIDA as UP CM gave him a duty, since joining the bureaucrat role in April 2020, but he hopes for a Medal and wishes to make the country proud during the mega-event that begins in August.

In 2018, he competed at the Asian Paralympics in Indonesia, where he achieved a bronze medal. Later, he also won Paralympic Badminton Championship held in China. He emerged as a champion when he won two gold medals back to back in Asian Championship 2016 in Beijing and the Turkish Open 2017 respectively.

Over the last one-and-a-half-year, he is practicing and training himself for badminton at night after working the whole day in COVID Situation. Suhas Says the Tokyo event is no doubt a challenge for him and an Important Point of my life. Even after being Rank 3rd, his berth at this highly competitive event was unsure as the Indian committee was not ready to compromise.

Describing his selection, Suhas told the media, that it is a huge honor and feels like a dream come true. Suhas was falling short of words to express his joy. "I am ranked third in the world in the SL4 category, it was my intuition that I would be selected and for this, I prepared each night for 2 years," said Suhas.

Suhas while Interacting with the media told, "since many years, we have seen that small margins make hugs differences between winners and losers. I have lost games many games by a margin of millimeters and won by centimeters. This Time when I compete in Tokyo, I know every player will be there hoping to grab a medal, I will try my best to make Nation Proud”.

"I have played on the ground at the Olympic Stadium in 2017. At that time, I won the silver medal at the Japan Open. It was a pressuring situation. The moment I got the call, I shifted my preparation to the Great Noida stadium which has all types of equipment and an adequate environment” says Suhas. "I have great sparring partners to practice too," he adds.

Dr. Deepa Malik, President of the Paralympic Committee was delighted over a selection of Suhas and two bipartite slots. "Our committee is delighted by the latest Updates. Our para shuttlers have been doing well in international events for the past few years. And the selection of Suhas L. Yathiraj and Manoj Sarkar has increased our hopes for the event and our wish for a medal. I wish them and our entire team good luck.” Dr. Deepa Said.