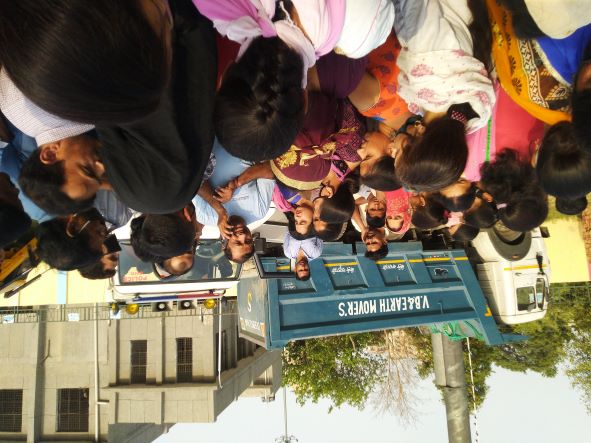 Noida: Residents of Noida Sector 71 protested against the NOIDA authority as a park inside RWA Society was sold to a Medical Association for the development of a 75 Bed Hospital in the complex. The Land was sold back in 2019. But, the residents of the society had no clue about the acquisition of the plot.

In January 2021, The Association acquired a Noida-based real estate Builder for kicking off the infrastructure. At that time the residents got to know about the Land Acquisition. The Residents complained about the infrastructure to the RWA. The complaints were deferred by authority.

A few days later, Work on site was forcefully stopped by the residents. The machinery and fences were removed from the site. The police had to rush to stop the clash and neutralize the rage amongst Residents. DCP Rajesh S. insisted the Leader of the Protester Jagdish Yadav take signatures of supporters and file a petition in Court to defer the decision.

But, the petition didn’t meet the required desire as many present RWA associates were against the protest. The matter was taken to the MP of Gautam Buddha Nagar, Mahesh Sharma, and MLA Pankaj Singh. Both insisted to go according to law and regulations rather than expressing dissent.

The local opposition leader expressed his gratitude towards the Protest and decided to provide aid and help to the residents of the society. A few days later, the onsite work began and it was again stopped by residents by gathering around the park. The matter was so ravaged that OSD of NOIDA Authority came on-site and told the residents to wait for 2 days.

Later NOIDA authority asked the Society to acquire a Lawyer to fight against them and medical association Allahabad high court. On the same day, Dharna Pradarshan was started at the Entrance of the site. The work was hauled again.

Jagdish Yadav, Former RWA president and leader of Protest Said “There is no specific reason to build a multi-floor hospital inside residential areas”. According to him, Noida Authority has quoted a rule from 2001, that allows a clinic inside a residential complex.

Jagdish also stressed, “There is a community center behind hospital for community activities. How will the ICU operate in unwanted circumstances? also, the security of Society will be at stake as gates and Surveillance systems will be wide open. There are also probabilities of disease outbreaks as the hospital is just above our head.”

According to Jagdish, a small dispensary or market in the complex is acceptable. But, a multi-floor hospital will be havoc. Dead bodies will pass in front of our eyes daily.

But, Owners of the Hospital have different approaches to the matter. According to them, “The hospital will provide better medical facilities to the residents and shop owners inside the Society will get a big push in Business. We have also allocated some land to Shops. So, we feel Residents should welcome the decision of Authority”.

On the question of Bodies and bio waste by a media house, The Owner Replied

“That shouldn’t be a worry. The waste will be thrown away at a timing when a residential area is quiet for that we will co-ordinate with RWA of society”

The Protest continued on the site with daily rallies and events for few days, until the UP govt. implemented Covid curfew in the state. The protesters were forcefully removed from the site. Some leaders and protesters including women were arrested and locked up in the Noida phase 3 police station.

All were granted bail a few days later. At present, the matter is stuck in Allahabad High Court and the date is getting postpone every time due to various reasons. either the lawyers are not present or the date falls on Weekends.

The Society was established in 1999, by the NOIDA authority, and it is one of the oldest in the city. At that time There was a single road connecting the Industrial area to the residential society, there were farms and jungle around the areas and according to the pacts of 2001. There was a requirement of a clinical home in society.

But, Noida of 2001 and 2021 are two different entities. At that time Noida was an Industrial Jungle with an ESIC govt hospital 10KM away. Now, Noida is a Tier 1 city with all facilities available a few steps.

So, the demand for re-allocation of hospitals has risen and the site is seeing full-fledged labor work. Now, The Hospital will be constructed or not, the time will tell. But, the residents are not happy with the decision of the NOIDA authority.

Why is Kazakhstan burning?