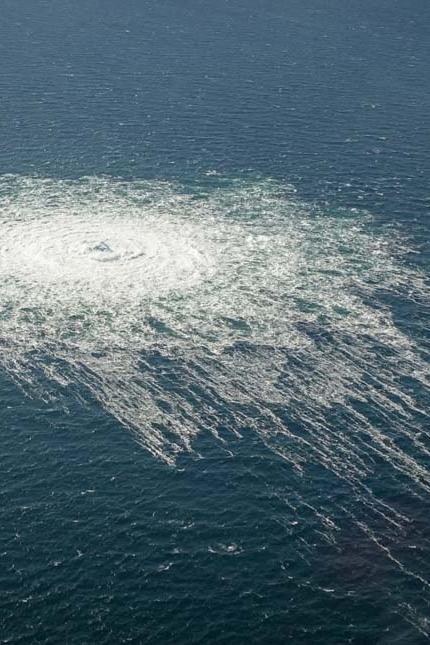 According to reports by Gazprom, a Russian majority state-owned energy corporation, the leaking of Nord Stream 1 and 2 is ongoing. The Swedish coastguard stated: “The larger leak is now no longer visible on the surface, while the smaller one has increased slightly.”

Following an overflight observation on Monday, the Swedish coastguard found an apparent stoppage in the leaking from Nord Stream 1 Line A. At the same time, however, Nord Stream 2’s leak enlarged to about 30 meters in diameter.

Nord Stream 1 was operative from 2012, while Nord Stream 2 was completed in 2021 and did not begin working until further revision by the German National Regulatory Control Council (NKR).

The beginning of the war between Russia and Ukraine prompted German Chancellor Olaf Scholz to suspend the procedure of approbation of the pipeline. The decision was made in line with the package of sanctions set out by Europe to counter the Russian attack. The escalation of the conflict and increased sanctions upset Gazprom and Russia.

Nord Stream 1 has been in maintenance since August and has not been operative yet. Furthermore, Nord Stream 2 has never been active. So how is a gas leak possible?

Both pipelines were damaged in Swedish and Danish exclusive economic zones (ZEE-Exclusive Economic Zone) under the Baltic Sea. The existence of the ZEE means only these two states have "sovereign rights" over those sea areas. They, therefore, possess the right to use resources and carry out underwater activities.

Overall, the methane leak is a significant problem for two key reasons. Above all, it is a natural disaster with high levels of pollutants. It is also an economic disaster due to the gas loss itself.

Politico analyzed the impact of gas escaping, concluding that it is currently impossible to estimate the damage produced because of the lack of official data and the physical unreachability of the underwater pipelines.

From an economic point of view, the loss of gas is detrimental, remarkably, as its price is increasing. Also crucial is the potentially irreversible damage to the pipeline: with the channel empty, seawater will enter it, creating damage and erosion. Such injuries may be irreversible, compromising the usability of the structure permanently.

It is impossible to currently say if the leaking has been a result of sabotage or an accident. The USA and EU blame Russia and vice versa. Investigations continue: follow for further updates.

Will international sanctions be enough to stop Russia?